Corruption In African Nations: A Reflective Stage Play of Ayi Kwei Armah’s ‘The Beautyful Ones Are Not Yet Born’

“True, I used to see a lot of hope. I saw men tear down the veils behind which the truth had been hidden. But then the same men, when they have power in their hands at last, began to find the veils useful. They made many more. Life has not changed. Only some people have been growing, becoming different, that is all. After a youth spent fighting the white man, why should not the president discover as he grows older that his real desire has been to be like the white governor himself, to live above all the blackness in the big old slave castle?”

Corruption in “The Beautyful Ones Are Not Yet Born”

Ayi Kwei Armah is a Ghanian novelist whose work has dealt much on corruption and materialism in contemporary Africa. In the book ‘The Beautyful Ones Are Not Yet Born’, Armah illustrated the corrupt practices of leaders in government and the resultant effects on the followers.

From his illustration, it can be deduced that the issue with Africa is not just about leadership crisis but also followership failure. The book which was published in 1968 narrates the story of a young man in a newly independent state and the realities he was faced with in terms of struggle and sustenance.

While the time setting for this book is in the past, it is ironic that Africa, as a continent, has yet to overcome many of the challenges illustrated in the book.

Armah described the new black leaders in the book as having “white souls” who would go all the way for their own personal gains. In Africa today, the news feed is filled with unpleasant stories of past and present leaders who succeeded in looting the treasury.

Our leaders are no longer concerned about satisfying the needs of the people but are rather interested in their own pockets. While there are stern anti-corruption laws in place, it is ironic that there has not been any measurable failure or success of the anti-corruption war.

Sometimes, if the anti-corruption campaign is not termed ‘selective’, it is seen as a witch-hunt of the opposition parties/leaders. Corruption has filtered down to all strata of government; thereby making intimidation, bribery, kidnapping the order of the day. In the novel, the young man, who retained his integrity amidst the prevalent corrupt practices was seen as soft and ultimately couldn’t cope with the pace of governance.

Corruption in Africa is a menace that has eaten deep into the fabrics of virtually all institutions in the continent. While this menace is also inherent in the institutions of other continents in the world, it is worrisome that Africa has not done enough to address this fast-increasing plague. Armah’s “The Beautyful Ones Are Not Yet Born” exposes us to the life of the common man during the regime of Kwame Nkrumah. Corruption was at an all time high and when the government was overthrown, the people could only celebrate; not minding whether they are aware of the significance of the new change.

Armah takes us through the daily routine of the young man, which begins with the usual bus ride to the railway administration building where he is a traffic control clerk. Armah describes his narrative with embarrassing descriptions of the environment, sights and smells of human excrement, filth and graffiti, which is relieved only sometimes by the beauty of some natural phenomenon, the sky or the sea. This clearly portrays man’s inhumane disposition to the environment. According to a global accounting firm, KPMG, the health of the continent’s (Africa) urban areas is a key concern with more than 50% of the African population predicted to live in cities by 2030.

It is laudable for the young man in the novel, that despite the temptations he was faced with and the short-cut chances of enriching himself through bribery and corruption, he remained committed to his ideals; thereby refusing to stoop low like many of his colleagues at work. The protagonist was committed to living a life void from the stigma of financial and moral corruption. He had a lot to contend with as his wife, could not just understand why he can’t provide for her and the children, especially looking at the kind of wealth that other civil servants were able to acquire with their ill-gotten profits. The wife likens him to a ‘chichidodo’ – the proverbial bird that eats shit but hates worms. As a result of his wife’s constant nagging at home sometimes, it makes him feel awful and occasionally thought about running from home permanently. This young man’s story has not changed from what is obtainable today in most African countries; moral and financial corruption have become so prevalent that every wealthy man is suspected to have acquired his fortunes from ill-gotten gains.

The young man decided to pay his friend a visit. At his friend’s place, he expressed his disappointment in himself, for his inability to give his family the best life that they actually desire. He believes that his friend (Teacher) is free because he was not yet married; so, there was no one who could urge him to do what he does not wish to do. He wanted his friend’s kind of freedom as he was completely tired by his wife and mother-in-law’s condemnation of his stance against corrupt practices. In the book, he voices out saying – “Yes I feel like a criminal. Often these days I find myself thinking of something sudden I could do to redeem myself in their eyes. Then I sit down and ask myself what I have done wrong, and there is really nothing.” The Teacher replied that – “’You have not done what everybody is doing”, said the naked man, ”and in this world that is one of the crimes.” The society expects a particular behaviour from us and anyone not toeing the prescribed status quo is either seen as arrogant or ignorant. Many people have been pressured into moral corruption as a result of peer influence and societal expectations.

READ ALSO:  Corruption In Africa: A Stage Play of Ayi Kwei Armah’s ‘The Beautiful Ones Are Not Yet Born’

Later on in the novel, the young man’s household was visited by Joseph Koomsoon and his wife, Estella; from the meeting, the gulf of class segregation was readily noticeable as Koomson’s wife, expressed discontent with every dish she was served; while the honourable Minister, Koomsoon had to reluctantly make use of the poor family’s toilet in a bid to avoid embarrassing them. Koomsoon made some promises before leaving. The young man, on getting to work, hears of a coup but bluntly refused to join others in the demonstration because he had a belief that nothing was going to change except for a repeat of corruption practices. This explains why many people are still reluctant to vote during elections. They have a mindset that nothing was going to change whether they voted or not. The narratives back in the days of the young man in the novel have not yet changed in the current dispensation. The young man gets home to find the minster, Koomsoon, hiding in the dark in one corner of their room like a scared kid. He was to pay with his life as there had been a coup; but he escaped from the soldiers searching for him through the toilet zinc with all the faeces and sanitary pads over his body. He was able to escape to the boatman’s house unnoticed. His escape however was not without an agreement and a bribe of a few cedis at the gate where the boat will ferry the minister abroad. This explains that there is a pay day for every corrupt person; whether influential or not.

While the challenge of corruption remains a perennial discourse, efforts have to be made to remedy the situation. The 10th edition of the Global Corruption Barometer (GCB) – Africa, has revealed that, while most people in Africa feel corruption increased in their country, majority of the citizens also feel optimistic that they can make a difference in the fight against corruption. It takes a collaborative effort for corruption to be tackled in the continent. We all have a unique role to play in fighting corruption; corrupt practices are not only found at the highest level of government but also in our daily disposition to one another. Maintaining our integrity even in the heat of the moment is core to the tackling of corruption in our continent. While few countries such as Rwanda, Ethiopia have appeared to be on the path of redemption; it is still bothersome that elements of corrupt practices are on the increase. A typical example is the increasing sudden disappearance of opposition leaders/voices.

The Transparency International have however highlighted some recommendations that African leaders could take a cue from to tackle corruption and they include: ratifying, implementing and reporting on the African Union Convention to Prevent and Combat Corruption (AUCPCC); investigating, prosecuting and sanctioning all reported cases of corruption, with no exception; developing minimum standards and guidelines for ethical procurement; adopting open contracting practices, which make data clearer and easier to analyse; collecting citizen complaints and strengthening whistle blower protections; enabling the media and civil societies to hold governments accountable.

Africa as a continent needs to take its rightful place in the scheme of governance around the world and this cannot be achieved with the level of political willingness currently exhibited. For a radical change to be achieved, we all need to take the bull by the horns. 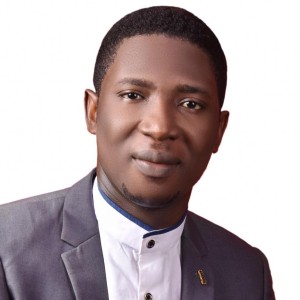