Talking about the Record Olive Oil Harvest 2019-2020 in Tunisia 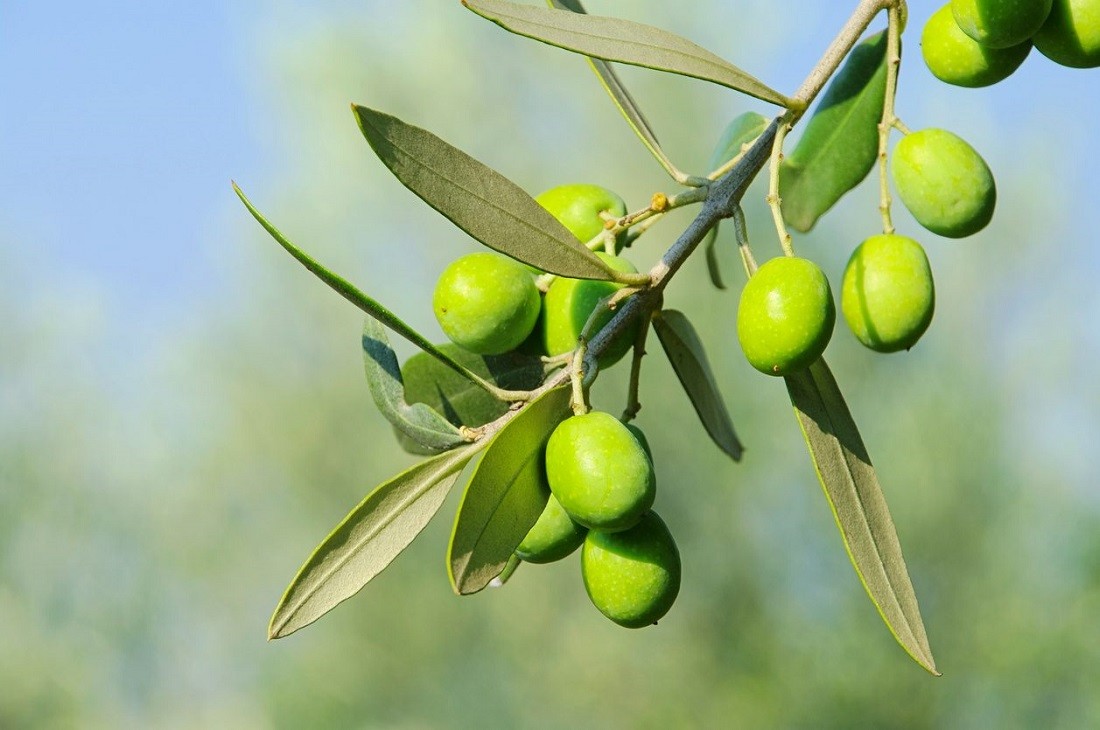 Tunisia is the most important olive tree-growing country in the southern Mediterranean and considered within the world’s first position as the olive oil market share. The yearly olive oil production fluctuates and depends on the harvest season, rainfall and cyclical effect. The Tunisian olive oil sector was jumped by the agricultural politic that encourages expanding olive trees surfaces and the effort of the private sector to modernize and improve the quality of the olive oil. This leading the olive groves to monopolize an area of 1.9 million ha, which represents more than the third of agricultural land at the national level. 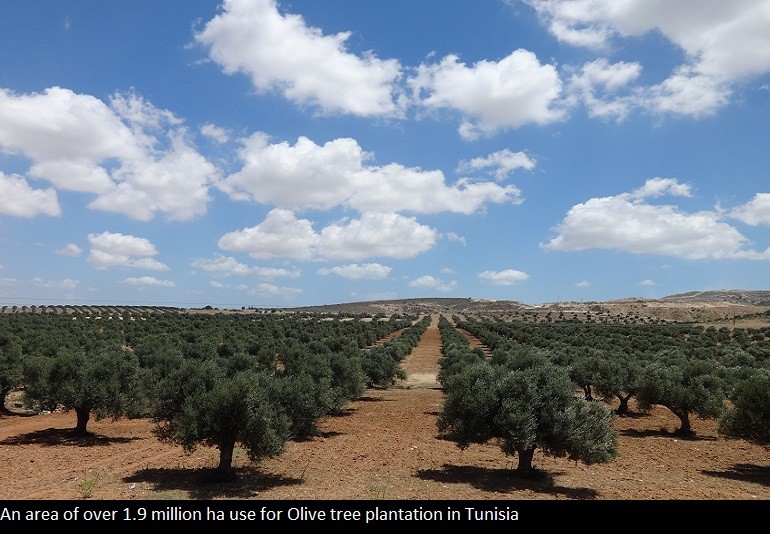 Mainly, the Tunisian olive oil sector is characterized by some stylized facts:

The olive oil sector occupied a strategic position in the Tunisian economy, due to its social and economic dimensions for the country. In fact, it represents about 15% of the total value of the final agricultural production. The sector contributes about 50% of total agricultural exports, 5.5% of total exports and it is considered the fifth-largest source of foreign exchange earnings in the country. 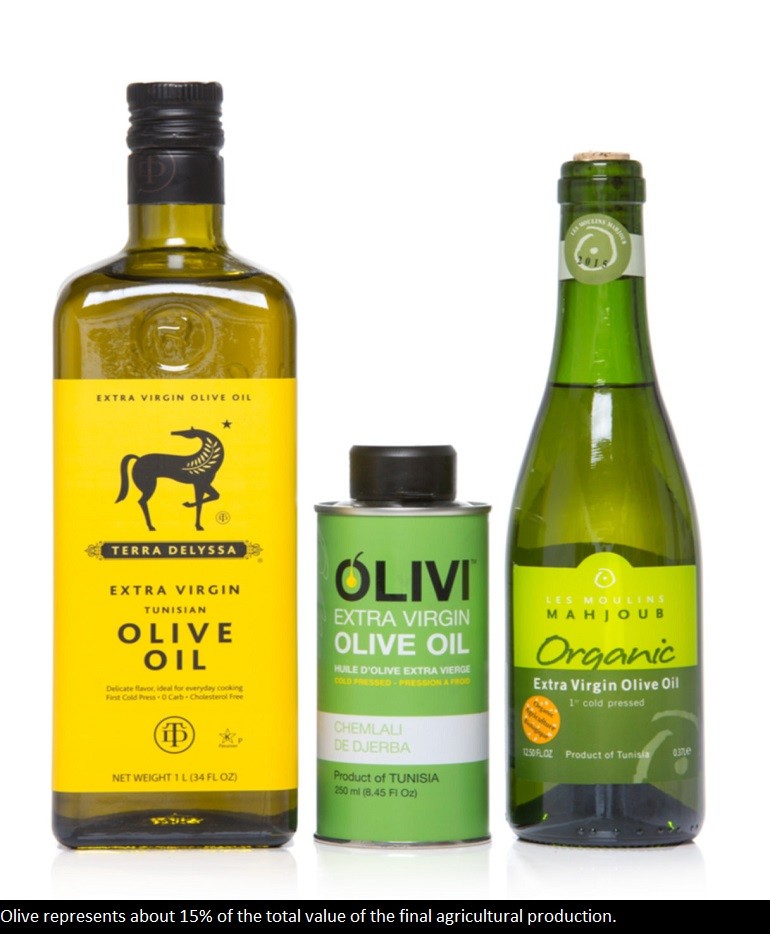 Despite, the low scale of the olive groves surface, the olive sector (olive growing plus olive industry) supports, directly or indirectly, more than a million people and provides about 34 million working days per year, which is equivalent to more than 20% of agricultural employment. The sector contributes greatly to limit the rural exodus to the town, fixed the population in rude rural zones and gives suitable revenue to the underdeveloped rural zones.

The season 2019-2020 is exceptional for Tunisia olive oil harvest, it is the top of the olive production cycle, amounting to 350 thousand tonnes and more than double of past season harvest. Whereas, the best national historical record for olive oil production is about 340 thousand tones in 2015. The yearly average of national production in recent years was around 180 thousand tonnes largely contributed by the region of Sfax, about 17% of national production and followed by Mahdia, about 14%. This season gives Tunisia the chance to regain its second rank of world exporter, after Spain, with a quantity expected between 200 and 250 thousand tones, especially with the fall of the competitor’s productions. It gives also the chance for best positioning internationally and conquering new markets.

It is true that national production has experienced a consistent improvement in recent years and remarkable in terms of quantity and quality. Tunisia now distinguished by around 40% of world production of organic olive oil and has managed to glean more than 100 medals in quality competitions. Nevertheless, the country’s potential in this area is significant and the possibilities for improvement of the sector’s returns are enormous. The olive oil production is marketed to local demand for around 20%, while the rest 80% is intended for export to 50 international destinations, which the largest, is the European Union market, about 70% of the Tunisia olive oil exports.

Many efforts were developed by the actors of the Tunisia olive oil sector on the marketing side to increase the Tunisia international market share. So, much active worldwide interventions were achieved in the aims of ameliorating the Tunisian olive oil brand:

While Tunisia aspires to export 250 thousand tons, the export of olive oil was tackled by the European market barriers. Infect, Europe used different kinds of barriers to limit the importation of olive oil from Tunisian while Tunisia considers Europe as a strategic partner. This leading the Tunisian government to adopts many decisions:

In Tunisia, the olive oil sector constitutes a head component of the agricultural and agro-food sectors with a strong socio-economic impact within a country strongly dependent on the agriculture sector. Particular attention should be paid to olive agriculture and olive oil producers in order to save the profitability of the sector and the strong positive socioeconomic impact on all the other sectors and the rural population especially.