The Commonwealth: A Vestige of Our Colonial Conquest – It is time to Exit 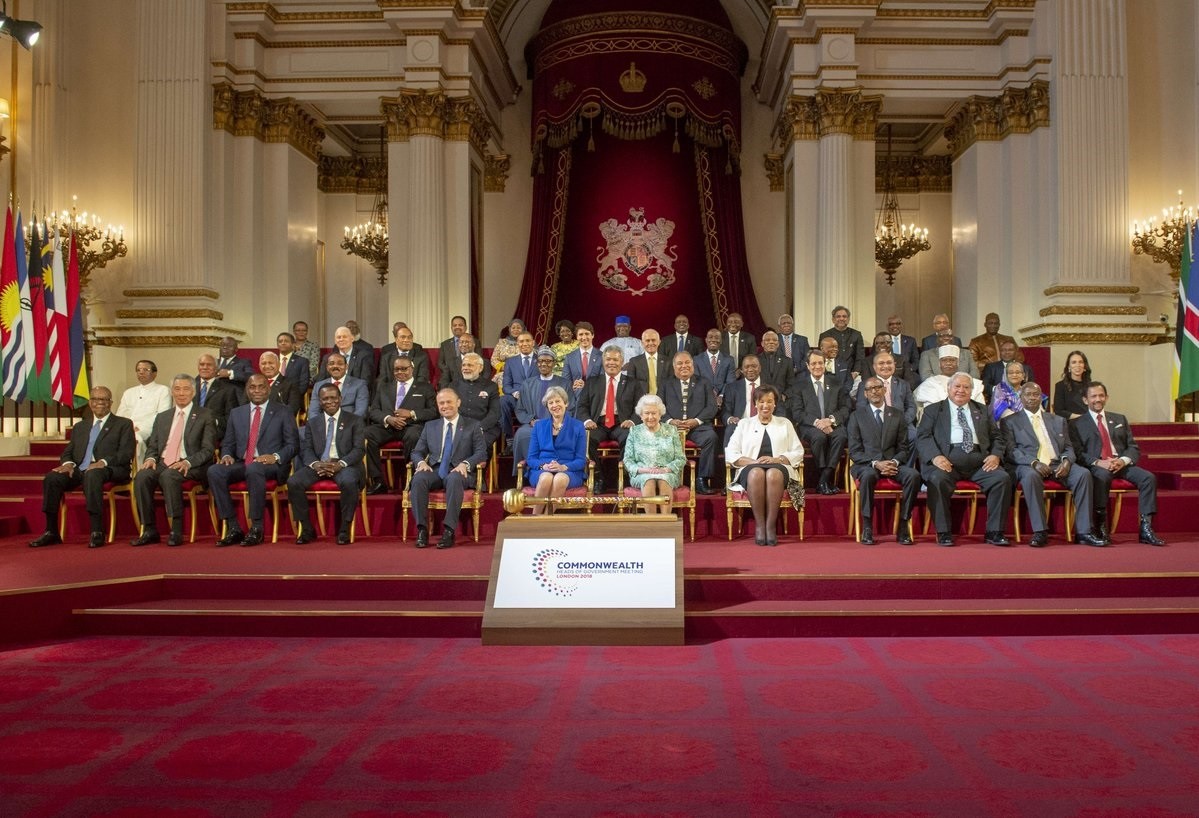 Africa nations are a product of ‘forced’ foreign influence that has demeaned her values over the years. Her political space has been rocked by crisis fueled by international interference for self gain and her continued partnership with the Commonwealth has been more of a disguised curse than a blessing. Veiled impoverishment of Africa by the Commonwealth ‘powers’ are enough justification for a push for ‘Afrexit’ from the post-colonial club.

Brief History of the Commonwealth

In the 15th century, the term “Commonwealth” came into limelight as an English equivalent to the Latin res publica, which means the public good or ‘common weal’. This term was first used by Lord Rosebery in a speech delivered in Adelaide in 1884 to describe the British Empire. Later in 1917, General JC Smuts coined the phrase ‘the British Commonwealth of Nations’ as an umbrella name for the ‘Dominions’ (parts of the Empire which had full internal self-government) whose membership had increased to six in 1920. The six Dominions included Canada, Newfound land, Australia, New Zealand, South Africa, the Irish Free State as well as the United Kingdom. All of these Dominions were given access to full legislative independence under a special Act of Parliament of the Statute of Westminister, which was a consolidation of the independent status of the Dominions. Following the independence and partitioning of India in 1947, the British Commonwealth assumed a new identity as the adjective ‘British’ preceding Commonwealth was dropped from its official usage. It was later accepted in 1949 that the republican status should not be a barrier to membership of the Commonwealth. Also, the British Monarch was recognised as the Head of the Commonwealth, a formal title with no constitutional responsibilities attached, which was a condition for membership as proposed by member-states as the British Monarch was seen as a symbol of their free association. The Commonwealth grew in leaps and bounds as African, Caribbean, Asian and Oceanic nations gaining independence joined the organisation through the 1960s and 1970s. Currently, the Commonwealth has 53 member-states with representations spread across every continent (except for the Middle East.)

The Charter of the Commonwealth

A charter to set out the values of the organisation and the commitment of her member-states was proposed at the 2011 CHOGM in Perth, Australia. It was adopted on 19 December 2012 and assented to by Queen Elizabeth II on Commonwealth Day at Marlborough House, London on 11 March 2013. The charter contains sixteen core beliefs and they include enforcement of democracy, human rights, international peace and security, tolerance, respect and understanding, freedom of expression, separation of powers, rule of law, good governance, sustainable development, protecting the environment, access to health, education, food and shelter, gender equality, importance of young people in the commonwealth, recognition of the needs of vulnerable states as well as the role of civil society.

Perceived Benefits of the Commonwealth to Africa

Over the years, Africa has been largely adjudged to  benefit immensely from the Commonwealth verbal niceties just as painted by the media. Despite economic benefits acclaimed to have been received through various activities of the Commonwealth by member-states such as the Commonwealth Fund for Technical Cooperation (CFTC), which assists in alleviating poverty in all developing countries in Africa, it remains ironical that the economic index of African States as obtained in the latest Global competitiveness index, an insight report of the World Economic Forum proves otherwise. In the report, African countries made up 17 of the bottom 20 nations which is a sharp contrast to the Africa rising narrative that we have been made to believe. The report also revealed that while the global median score is 60, the median score in sub-Saharan Africa is (45.2), which is the lowest for all the regions analyzed. Furthermore, the advancement of democracy, human rights and promotion of sustainable economic growth and social development which are seen as pivotal to the activities of the Commonwealth are veiled and subtle ways of advancing the self interest of the United Kingdom through propaganda that seek to throw weight behind candidates who are perceived as stooges.

How Africa’s Relationship with the Commonwealth Went Wrong

Despite the perceived benefits gained by Africa from its relationship with Commonwealth, several challenges seem to have rocked this relationship which has raised a lot of concern about Africa’s continued partnership. While the motivation of foreign interest in the affairs of their former colonies varies, there is no gainsay that these influences range from desire for cheap supply of raw materials to the balance of international powers. In an ideal arrangement, the Commonwealth should promote activities that are beneficial to her member-states but her actions have been on the contrary. In a report by the Transparency International, it revealed that “British Overseas Territories and Crown Dependencies, are often favoured by corrupt individuals due to their secretive legal systems created to mask identities behind opaque ‘anonymous’ companies.The UK’s connections with secrecy havens like the British Virgin Islands (BVI) and Cayman Islands are one reason why Britain is so alluring for corrupt individuals. Our research shows 75% of UK properties under investigation for corruption are registered with offshore companies. We have found that 91% of properties in London owned by overseas companies are controlled by anonymous corporate structures based in offshore havens. We have identified properties worth over £4.2 billion in London that are owned by individuals who are a corruption risk. 90 per cent of the companies used to buy these properties were incorporated in the BVI.” And interestingly, many African leaders and looters have taken advantage of the UK’s ‘refusal’ to release information about who controls anonymous companies based in offshore havens from the public, in a bid to shield corrupt individuals from their crimes. The Panama Papers also confirmed the suspecting role of the UK in facilitating global money laundering and corrupt practices as Will Fitzgibbon, a journalist who was involved in the ICIJ’s work on the leaked documents described the extent of the involvement of African presidents, politicians and their families in the Panama Papers as “jaw dropping”.

Also, in a quest to further achieve their aims, many officers of the African states have been used to disrupt the political space of their home countries by the former colonialists. It might actually be unfair and harsh to state categorically that all coups in Africa are as a result of foreign influence but it is also fundamental to note that there is every possibility of foreign interest in all of these coups with probably different forms of involvement. Staffan Wiking, a notable scholar once stated that the levels of international influence has been discussed along three lines of interpretation which see coups as purely internal affairs without any foreign influence; as internal affairs, but it is assumed that the officers might have been influenced, for instance, by foreign education and traditions; and that foreign interests desire political change and that they therefore encourage and/or influence the armed forces. He also mentioned that the international situation may be reflected in a country in such away as to encourage a political climate that is favourable to coups. Kwame Nkrumah states his views on the relationship between the imperialistic ambitions of the metropoles and coups d’etat when he said: “The imperialistic aggression materializes not only in coups d’etat, but also in the assassination of revolutionary leaders, and in the setting-up of new intelligence organisations”, he wrote in his book, “Class Struggle in Africa”. “Behind every coup or attempted coup is a similar situation. We have on the one hand the neocolonialist powers … and on the other, the awakening African masses …”

Is there any Connection between Sandhurst and Coups in Africa?

In Africa, it is not out of place to assert that officers’ place of training influenced the major proponents of the coups. This is readily seen when the armed forces in a number of former British colonies seized power in their different countries. Evidences from different coups in Africa lend credence to this proposition that there exists a connection. Nigeria suffered a huge setback in governance in what was regarded as  the bloodiest military coup any black African nation has yet suffered, which was led by a notable graduate of Royal Military Academy, Sandhurst, United Kingdom, Major Chukwuma Nzeogwu, who was at the forefront of the coup that led to the death of the Premiers of Northern and Western regions, the Prime Minister of the nation and other top military officers that were brutally murdered. Recently in The Gambia, a Sandhurst trained officer, Colonel Lamini Sanneh was a notable figure of the coup attempt on Yahya Jammeh, a long time serving President. Other Sandhurst graduates who had participated in one coup or the other (in varying degrees) in their countries include Major General Yakubu Gowon (Nigeria), Akwasi Africa (Ghana), Brigadier David Lansana (Sierra Leone), Brigadier John Bangura (Sierra Leone), General Illiya Bisalla (Nigeria), Major General Neville Odarte-Wellington and others. Probably, it is right to claim that there are traces of foreign influences in the coup d’etats carried out in Africa and Sandhurst might have definitely played a huge role.

Britain’s Interest in Uganda: A Case Study of Foreign Interference

It was also widely reported that when Idi Amin seized power in Uganda in 1971, the interest of Great Britain in the takeover was obvious. Ulf Rundin mentioned that for instance, “that the British … hastened to recognize the Amin regime … “, which indicates a British interest for a change in the policy of the former president, Obote. Rundin says, however, that other factors played a very important part in the triggering of the coup. In another discussion of Idi Amin’s coup, Helge Hveem also considered Britain’s interest in replacing Obote with a ruler more favourably inclined to British policy. Hveem points to the conflicts of interest between the British and Obote which reached a climax at the Commonwealth Conference in Singapore just before Amin’s takeover. He pointed out that it was British pilots who were responsible for the plane which was to take Obote back to Uganda and which for some reason was delayed for two days, enabling Amin to capture power in the absence of the country’s true ruler. This is a further testament to the existence of foreign interest.

Africa as a Proxy Colony…

Not much has changed in recent times as Africa is still seen as a proxy colony by the former imperialists. Several controversial statements have been made by current Britain Prime Minister, Boris Johnson in time past and even more recently which alludes to neo-colonialist tendencies. After a visit to Uganda, he tweeted that “the problem with colonialism was not Britain ruling African countries but the fact it was no longer in charge.” And he once also mentioned that “the Commonwealth is to be thanked for providing rows and rows of ‘flag-waving piccaninnies’ for Queen Elizabeth.” How he intend to pacify African leaders who he had derided their countries still remain a puzzle unsolved. How will anyone take a man who claims “the best fate for Africa would be if the old colonial powers, or their citizens, scrambled once again in her direction; on the understanding that this time they will not be asked to feel guilty” seriously?

Africa can no longer play the victim card. It’s high time we stepped out of the shadows of veiled colonialists and challenge the status quo that has made the continent object of ridicule. We don’t have to be ‘milked dry’ before we take our rightful place in the scheme of governance. It’s time for Africa’s exit!