Why We All Should Be ‘Humanists’ 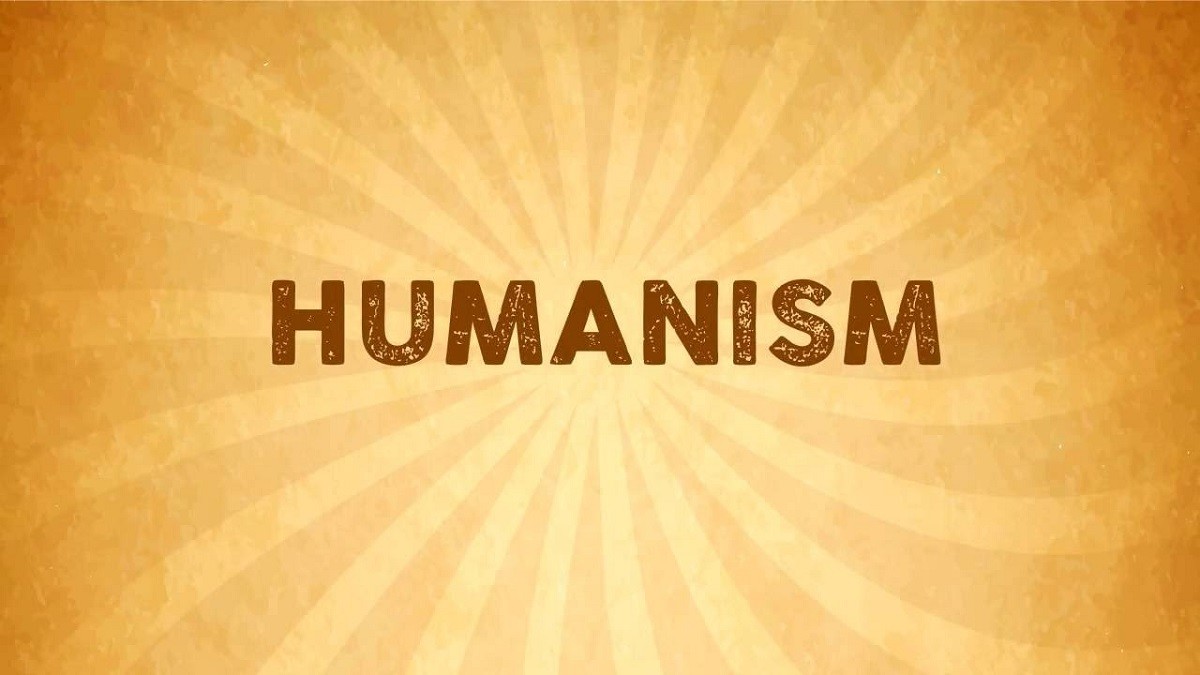 Over the years, a lot of controversies have been generated from different circles of individuals over what they term “the new paradigm shift” in a modern world. From the clarion call for gender inclusion to female empowerment and down to ‘alleged’ exclusion of boys; these uproar seem not to be fading away anytime soon. While several moral justifications have been premised to be the base for the arguments, it remains ironical that there seems to be no compromise on any agreed stance by the ‘warring’ parties. These arguments have raised several questions over the sincerity of feminists to a course that many believed to be ‘over hyped’ or out of place in a continent like ‘Africa’. Others have questioned the origin of the ‘patriarchal’ structure system, as an imported and big sociological word used to obfuscate the real question of ‘male supremacy’ as embodied in the African perspective. While it is easier to take sides, it is also fundamental to examine and understand the realities of the circumstances of our struggles; and of course, find a lasting solution to the ‘gender war.’

READ ALSO: Examining the Theories of Inclusion and Awareness in Ngozi Chimamanda’s “We Should All Be Feminists”

One of Africa’s foremost feminists, Ngozi Chimamanda believes a feminist is “a man or a woman who says, yes, there’s a problem with gender as it is today and we must fix it, we must do better. All of us, women and men, must do better.” Another scholar, Adeojo Deborah, posits that being a feminist, entails a journey of unlearning the language of oppression, suppression and repression as unconsciously internalized through processes of socialization. The common baseline from the aforementioned views is that the female gender has been long sidelined or ‘marginalized’, just as some feminists put it. Naomi Nkealah believes that African feminism “strives to create a new, liberal, productive and self-reliant African woman within the heterogeneous cultures of Africa.

How is this possible, bearing in mind that there is no book guide on feminism and if one is to accept Chimamanda’s “Feminist Tools” as a guide, her opening remarks proves otherwise. She asserts that, feminism is always contextual; and went on further to say: “I don’t have a set-in-stone rule; the closest I have to a formula are my two ‘Feminist Tools’ and I want to share them with you as a starting point.” This attests to the fact that there is no modus operandi for the doings of a feminist. This is further corroborated by Deborah (2020) as she posits that “women should unburden themselves from the idea of an existing standard to being feminist. There is none. In fact, there are no rule books for feminist resistance. The beauty of the movement is that every woman is at liberty to translate and operationalize the feminist ideology within her context because the working of patriarchy is also highly contextual. And it is okay to sometimes disagree with the feminist politics of others. It is okay to have other methods, even if unconventional, to reach a feminist end. In fact, since neither culture nor its accompanying prescription of oppression is homogenous, feminist being and resistance must be diverse.” One can then authoritatively assert that the ‘feminist war’ is doomed for failure as there are no clear cut strategies on what and how it is to be achieved.

This is, however, not a rebuttal of their claims that the female gender has been sidelined but a critique of their approach to the set objective. Just as Elizabeth Wasserman posited – “The feminism of equality, of toughness, of anti-discrimination, has been overwhelmed by one of victimhood and demands for special treatment….At a certain point, when we demand an equal ratio of men to women in certain fields, what we’re criticizing is not “the system,” but the choices that women themselves are making…let’s keep our eye on the question of equal opportunity and stop obsessing about equal outcomes, lest we find ourselves trying to cure society, not of sexism, but of free choice.”

Many feminists have pointed accusing fingers to patriarchy as the sole aim of the ‘female struggles’ in Africa but one begins to wonder if they have actually studied the genesis of patriarchy in Africa. Just as reiterated by Nwando Achebe, “a longue durée perspective on gender relations in pre-colonial West Africa illuminates a history of gender parity and, at times, women’s authority over men. This history has been obscured by Western patriarchal ideologies – which imagined West African women as “beasts of burden,” women who were sold to the highest bidder for the productive and reproductive labor; in short, they imagined a West African woman that never was – and more recent historical processes, particularly the integration of West African societies into broader international mercantile networks and the ensuing establishment of formal colonial rule.” African women in the pre-colonial era, as opposed to our perception, were actively involved in writing their own histories.

However, colonialism seems to have eroded this side of history and raise new beliefs that “Patriarchy” is an African concept. The patriarchy is a social system in which men hold primary power and predominate in roles of political leadership, moral authority, social privilege and control of property, according to Wikipedia. It is however, very fundamental to know that the word ‘patriarchy’ is a concoct of the Western ideology. It is wrong to perceive Africans as patriarchal or make it sound as one of our age-long customs. While it would be ridiculous to say there are no seemingly elements of patriarchy in our modern society, it is also harsh to assert that it is the sole reason for gender imbalance, as widely suggested.

The UN and Gender Equality

The United Nations posits that gender equality by 2030 requires urgent action to eliminate the many root causes of discrimination that still curtail women’s rights in private and public spheres. It also listed its targets to attain gender equality by:

Advocating for the rights of women and girls is a shared view, especially in a rapid growing world like ours. It is necessary that focus has to be on attaining all of these targets but definitely not at the expense of the other gender. Most of the charters, treaties and laws have been more favourable to the female gender, probably because of the ‘alleged’ age-long marginalization. However, a more holistic approach that would take care of both genders should be preached. Many questions have been raised about the girl child campaign, even when it seems no one is interested in a boy child campaign. Exclusion of the male gender from our campaigns would only be to our detriment, in the nearest future, if not curtailed. Hence, there is a need for a more holistic approach.

Every human matters! A focus on one might unconsciously lead to the exclusion of another. While gender equality seems to be the rave of the moment, it has been translated to mean empowerment of the female gender. However, have we pondered on the reason most young girls are out of school? Several researchers have pointed out that poverty has been one of the major setbacks in attaining gender balance. Imagine a poor man with two kids (a male and a female), with expectation to train them but due to limited funds, he could only afford to train one of them in school. Which of the two kids would you think the poor man would prefer to train in school? According to UNICEF, only 66 per cent of countries have achieved gender parity in primary education. At the secondary level, the gap widens: 45 per cent of countries have achieved gender parity in lower secondary education and 25 per cent in upper secondary education. Highlighted reasons for barriers to girls’ education include poverty, child marriage and gender-based violence – which vary among countries and communities. Also, poor families often favour boys when investing in education.

While efforts should be made on making awareness for gender inclusion, government and other stakeholders should work round the clock to ensure that enabling environment is provided for parents to make comfortable living, which will invariably lead to an upsurge in gender balance. Advocating for any ‘–ism’ without tackling the root cause is a labour in vain. Globally, over 2.7 billion women are legally restricted from having the same choice of jobs as men. Of 189 economies assessed in 2018, 104 economies still have laws preventing women from working in specific jobs, 59 economies have no laws on sexual harassment in the workplace and in 18 economies, husbands can legally prevent their wives from working. Professor Stoet believes the complexity of the Global Gender Gap Index makes it difficult to distinguish whether gender differences are the result of social inequalities or personal preference. He went further to say – ‘No existing measure of gender inequality fully captures the hardships that are disproportionately experienced by men in many countries and so they do not fully capture the extent to which any specific country is promoting the wellbeing of all its citizens.

The boy child is just as important as the girl child. In this decade of action, all efforts have to be directed at making the lives of everyone (boys, girls, men and women) better, so no one feel isolated. To advance the human rights of women in our society, it is not enough being feminists but most importantly, we must strive to be humanists, as our commitment to the protection of and respect for all humans is all that matters!

Humanism is a brilliant concept,but I think feminist still have to raise their voice a bit more to an almost same page with men in a patriarchial society.Only then Humanism can balance the equation.

I understand your argument but we need to also understand that this is not a competition but humans doing what’s to be done to stop gender wars…while it is justifiable to campaign for the rights of women, we can direct much more energy to the protection of all human rights, irrespective of gender.

We are all equal before the law and God but we are not born equally. God in His wisdom created man to be the head and women to support the headship cannot be making mistake. This whole idea about feminism or whatever is born out of the neglect of the girl child. This balancing of equation or fighting for equality are the major problem in our home and society. The women need to recognised their roles and not think of challenging men. It is not a competition, it is all about making the world a better place and a peaceful… Read more »

Making the world a better place would not be achievable if the rights of humans (in general) are not respected. We have to be intentional about these things.