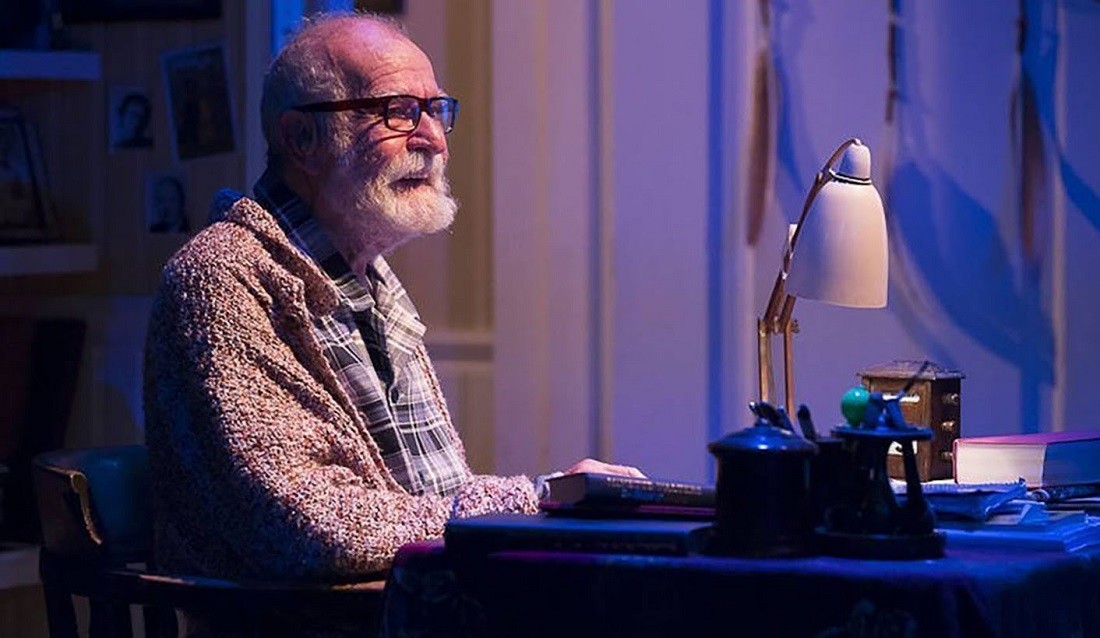 Athol Fugard, whose full name is Athol Harold Lannigan Fugard was born in Middelburg, a semi-desert region of Karrroo in South Africa on the 11th of June, 1932. As a young child, he was known as Harold until he decided to be called Athol. His father, Harold David Fugard was a native English speaker from English and Irish background; while his mother Elizabeth Fugard was an Afrikaner, believed to be a descendant of the earlier European settlers. She spoke Afrikaans, which was her first language. Her language was believed to be derived from the Dutch and spoken by the 17th century settlers from Netherlands. Athol speaks both languages (English and Afrikaans) and he once described himself as an “Afrikaner writing in English.”

Later on, Athol, together with his family moved to Port Elizabeth. He had an elder brother and a younger sister. The elder Fugard, who was crippled by a childhood accident, was a jazz pianist. His disability became complicated as a result of his drinking habits. He was unable to support his family as he could not work. Elizabeth Fugard, his wife, took up the responsibility of catering for the family. She managed a small boarding house and later, a small tearoom, which later provided the setting for one of her son’s most popular play – “Master Harold”… and the Boys.

Athol enrolled into the University of Cape Town where he spent three years studying Philosophy and Social Anthropology but dropped out of school just before exams so he could hitchhike through Africa. He found a job on the ship as a deck hand and he travelled round the world for two years before he eventually returned home. On his return, he married Sheila Mering, who influenced his love for theatre in 1956. The couple founded The Circle Players, a group Athol wrote his first play, Klass and the Devil (1956). They later moved to Johannesburg where Athol got another job as a clerk in the Native Commissioner’s Court in 1958, and he witnessed first-hand, the inhumane treatment of humans by the apartheid system. Black persons were dealt and charged with violations of the passbook endorsements that placed restriction on their movements in South Africa. Athol wrote – “During my six months in that courtroom, I saw more suffering than I could cope with. I began to understand how my country functions.”

In the late 1950’s, Athol started working with a group of actors in Johannesburg, which included Zakes Mokae, who were greatly influenced by Strasburg’s acting method. Athol’s first play, “No Good Friday” was written and later his first international breakthrough, “The Blood Knot” (which led to his passport being withdrawn so as to prevent him from travelling for future productions). All these plays were performed in The Rehearsal Room. Athol and his family were subjected to several years of government’s surveillance; their mails and phones were hacked and their homes were subjected to midnight searches by the Police.

The characters in the play, “The Blood Knot” which included Morris and Zachariah, were “colored” brothers born of mixed-race parents. Morris, who was played by Athol, is light-skinned; Zach, played by Zakes Mokae, is dark-skinned. As at the time of the opening of the play and for its entire duration, which lasted for about six-month during the South African tour in 1962, South African law permitted a play with a racially integrated cast before non-segregated audiences to be produced. Later on, after the show closed, legislation was passed into law to prohibit this. This is a confirmation of a statement once made by Athol which stated that – “Anybody who thinks there’s nothing wrong with this world needs to have his head examined. Just when things are going all right, without fail someone or something will come along and spoil everything. Somebody should write that down as a fundamental law of the Universe. The principle of perpetual disappointment. If there is a God who created this world, he should scrap it and try again.”

Athol founded a second theatre company which was called the Serpent Players. It was a group of all-black actors, who all held regular jobs in addition to working on stage. Notable members among the troupe’s members included John Kani, who later received an Olivier Award nomination for his performance in Athol’s My Children My Africa! With minimal set, “The Serpent Players” moved from venue to venue frequently performing Athol’s plays in black townships, employing theatrical principles of disillusion and social critique of Brechtian. The company’s name, “The Serpent Players” refers to their first venue, a former snake pit at a zoo. Athol continued to write plays advocating against segregation. Such plays included The Coat (1966), and Sizwe Bansi is Dead (1972), which was co-authored by John Kani and Winston Ntshona. The play, Sizwe Bansi is Dead won the London Theater Critics Award, and later on, the trio took the play to New York where it was performed on alternate nights with The Island. Athol’s plays were produced to great reception in America and England. In 1972, Athol was allowed to fly to England in order to direct his play “Boesman and Lena.”

Athol Fugard appeared as an actor in a number of featured films during the 1980s, including “The Killing Fields and Gandhi”, in which he played the role of the South African General (and later Prime Minister) Jan Smuts. Athol and Zakes Mokae reunited in New York in 1985 to perform their original roles in a revised version of “Blood Knot” (with “The” ommitted from the title) and their performances were hailed by critics. Athol published a novel, Tsotsi in 1980 about gang life in Sophiatown, which he had first written in 1961. The premiere of his most popular and frequently produced work, “Master Harold”… and the Boys (1982), which was a dramatization of Athol’s childhood friendship with Sam Semela was set in his mother’s teashop in Port Elizabeth. The play “Master Harold” later received Best New Play Awards from both London and New York critics, and Zakes Mokae got a Tony Award for his portrayal of Sam.
After a long struggle, State President F. W. de Klerk made the decision to acknowledge the ANC and negotiate a transition to multiracial democracy in 1991. The apartheid system was officially abolished in South Africa (although it is widely considered to have ended in 1994 when Nelson Mandela became president in a democratic election). Nelson Mandela was later freed from Robben Island, and the longed-awaited transformation of South Africa was on course. In 1992, Athol Fugard directed his first movie which was a film adaptation of “The Road to Mecca” (1984). Athol plays were more personal than his earlier political works. “Master Harold”…and the Boys (1982) draws heavily on his childhood experience in Port Elizabeth, and The Captain’s Tiger: A Memoir for the Stage (1997) detailed his time working on a ship in the 1950s. He also published Cousins (1994), a prose memoir.

As Athol Fugard advanced in his career as a playwright on three different continents, his wife Sheila, who was also a novelist and poet in her own right, became immersed in the study and practice of Tibetan Buddhism. Lise, their daughter became a novelist and an actress. She has acted in a couple of her father’s plays. While Athol Fugard tried to define his role in the new South Africa, Sheila Fugard made a life for herself in California and the couple went their separate ways. Athol returned to the stage as an actor for the first time in 15 years to act in his new play in 2014, Shadow of the Hummingbird, at the Long Wharf. Athol dedicated the play to Gavyn Fugard Scranton, his nine-year-old grandson. Athol Fugard has published more than 30 plays, as well as journals, novels, short stories and screenplays. His play, The Painted Rocks at Revolver Creek opened in New York to critical acclaim in 2015. Athol received Broadway’s top honor, a Tony Award for Lifetime Achievement in 2011. He has been honoured by the South African government with the Ikhamanga Medal and he is also an Honorary Fellow of Britain’s Royal Society of Literature. The film Tsotsi, based on Athol Fugard’s 1961 novel, won international awards, including the Oscar for Best Foreign Film in 2006.

Athol Fugard taught acting, directing and playwriting at the University of California, San Diego for a number of years. He currently shares with his partner, Paula Fourie in Nieu-Bethesda, a small village in the semi-arid Karoo region of South Africa.