Buchi Emecheta – An Authentic Voice of the African Woman 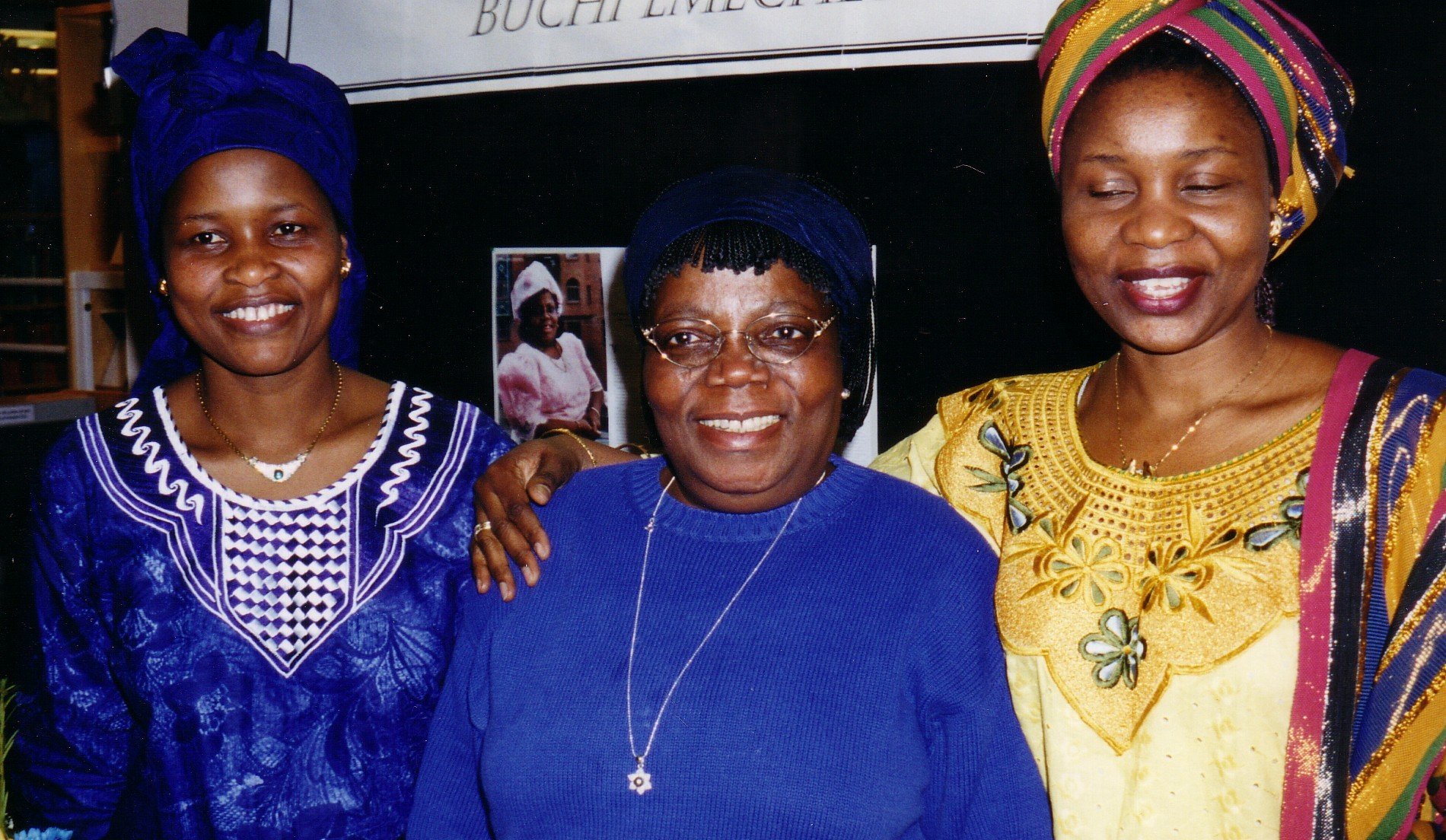 Buchi Emecheta, a Nigerian-born British novelist and one of Africa’s foremost writers was born to Igbo parents, Jeremy Nwabundinke and Alice Okuekwuhe Emecheta on the 21st of July, 1944 in Yaba, Lagos. As a young female child, Emecheta was not allowed to go to school, obviously due to gender bias, whereas her younger brother was enrolled in school. During her early childhood, she was endeared to her grandmother who told her stories about her culture and her people. These stories raised an urge in Emecheta to write her stories as well as the ones narrated by her grandmother. She took interest in schooling and was enrolled after pressurizing her parents to have a rethink about educating her.

The Early Life of Buchi Emecheta

Emecheta was enrolled into Ladilak School and later Reagan Memorial Baptist, which was an all-girls school. When she was 9 years old, her father passed away due to complications arising from a wound he had in the swamps of Burma. Before then, Jeremy Nwabundinke, Emecheta’s father, had been enlisted to fight for the British in Burma. After losing her father at a tender age, she was adopted by relatives and was enrolled into the Methodist Girls High School where she studied until she clocked 16. Emecheta got married to Sylvester Onwordi, a young man to whom she was engaged, since the age of 11. Sylvester later travelled to London for studies while Emecheta remained in Lagos. For two years, she worked at the American Embassy so she could raise funds to cater for her children while her husband was away. Together with her four children at that time (Chiedu, Ikechukwu, Chukuemeka, Obiajulu), Emecheta moved to London to meet her husband where she later gave birth to her last child, Chiago.

On her arrival in London, she started to work as a librarian in the British Museum. This stirred up her passion for writing and she used the opportunity to write during her spare time. Things became messy for her when her husband, Sylvester burnt her first manuscript because he felt unease with her writings. This eventually made Emecheta divorce her husband. According to Emecheta, “I was the typical African woman, I’d done this privately, I wanted him to look at it, approve it and he said he wouldn’t read it. And later he burnt the book … and that was the day I said I’m going to leave this marriage and he said ‘what for, that stupid book’ and I said ‘I just feel you just burn my child’” (BBC website).

After the separation, she continued her work at the British Museum so she could cater for her children. She talked more about writing to meet the needs of her family in her autobiography, Head Above Water, when she stated that: “Living entirely off writing is a precarious existence and money is always short, bit with careful management and planning I found I could keep my head and those of my family, through God’s grace, above water.”  In a bid to improve on her education, she enrolled at the University of London, where she studied Sociology and later bagged a BA honors degree in 1974, despite the challenges, financial difficulties and hardships that came with being an African woman and a single parent in Great Britain at that time.

Over time, her books started gaining global attention which opened so many doors of opportunities for her. Emecheta started lecturing in U.S. universities such as Pennsylvania State University, Rutgers University, Yale University, University of California, Los Angeles and the University of Illinois at Urbana-Champaign. She became a senior resident fellow and visiting professor of English at the University of Calabar in Nigeria from 1980 to 1981. Later on, she started publishing her own works under a publishing firm she co-owned with her son from 1982 to 1983; and the first being a novel titled ‘Double Yoke’ (1982).

In the early years of her writing, Emecheta was faced with challenges of repeated rejections from publishers but she soon had breakthrough when the New Statesman agreed to publish several of her essays about her life in London; all of which eventually became her first published work, the novel In the Ditch (1972). She has authored over 20 books which include Second Class Citizen (1974) – an autobiographical book which described a woman’s struggles against sexual/racial discrimination in Nigeria, The Bride Price (1976), The Slave Girl (1977) and The Joys of Motherhood (1979) – which addressed the rigid gender structures of the Nigerian culture. Her writings have drawn several other themes ranging from racial prejudice, sexual politics, motherhood, child slavery, female independence and freedom.

Feminism and Emecheta’s The Joys of Motherhood

In her book, The Joys of Motherhood, Emecheta exposes the patriarchal system in Africa and its effects on the African women. Her feminine approach to the book portrayed the travails of an average African woman using Nnu Ego as a symbol. However, while there have been contentions by critics on whether Nnu Ego suffered from patriarchal oppression or a clash of the traditional and colonial culture; there seems to be a compromise by critics that Nnu Ego perfectly represented a portrayal of the African woman, irrespective of the choices made by her. In this novel, Emecheta showed us the two sides to motherhood. While one would have expected her to emphasize on the domineering patriarchal system inherent in the Igbo culture, she delved into the Matriarchal life where motherhood is deemed honorific. While the title of the novel seems to be about motherhood being self-fulfilling, we are rather exposed to the pains, hardships and responsibilities that come with motherhood in African communities which can in turn be a form of enslavement. Emecheta seems perturbed and this is readily seen in a feminist remark from the novel stating that: “God, when will you create a woman who will be fulfilled in herself, a full human being, not anybody’s appendage? she prayed desperately.”  While it is evident that Emecheta wants a society void of inequality between men and women, it is astonishing to see her refusing to be labeled a feminist.

Emecheta and her Rejection of the Feminist Label

Emecheta has consistently highlighted her travails in her narrative works, using the art of storytelling to narrate the ordeals of the African women in their everyday lives while also advocating for the rights of women in Igbo, Nigeria and by extension, Africa. But what remains astonishing is her rejection of the label, feminist. Over time, the label, feminist, has been used for women who have stood up to speak for the rights of women. On her rejection of being tagged feminist, Emecheta stated that: “I have not committed myself to the cause of African women only. I write about Africa as a whole.” While several critics have modified the label to terms such as ‘unintended feminist’, ‘revolutionary feminist’, ‘radical feminsit’ – Emecheta remained blunt on her stance on being called a feminist. She once stated that: “Being a woman writer, I would be deceiving myself if I said I write completely through the eye of a man. There’s nothing bad in it, but that does not make me a feminist writer. I hate that name. The tag is from the Western world – like we are called the Third World. I work toward the liberation of women, but I’m not feminist. I’m just a woman.” This brings up the perennial question – who is a feminist?

Feminism advocates for social, political, economic and intellectual equality for men and women and many of her works are seemingly in tandem with the aforementioned definition of feminism. While there might be different justifications for labeling Emecheta a ‘feminist’, what remains bothersome is her surprising stance against it. One begins to ask different questions: Is she against some of the ideals of feminism? Is it just a ploy to disassociate from its extremism? Is she really not a feminist? Despite stating her reasons for the rejection of the label, her critics are simply not buying into it.

Buchi Emecheta is a famous emblem of freedom for the African woman, and her exploits through her writings earned her several accolades such as the Jock Campbell New Statesman award for the Slave Girl in 1977; and in 2005, she was made an Officer of the Most Excellent Order of the British Empire (OBE). However, tragedy struck in her later life as she lost two daughters to illness and in 2004, she quit writing and lecturing as a result of a major stroke. Emecheta later died in London, at the age of 72 in January 2017.