At Least One person Dies Every 40 seconds From Suicide -WHO 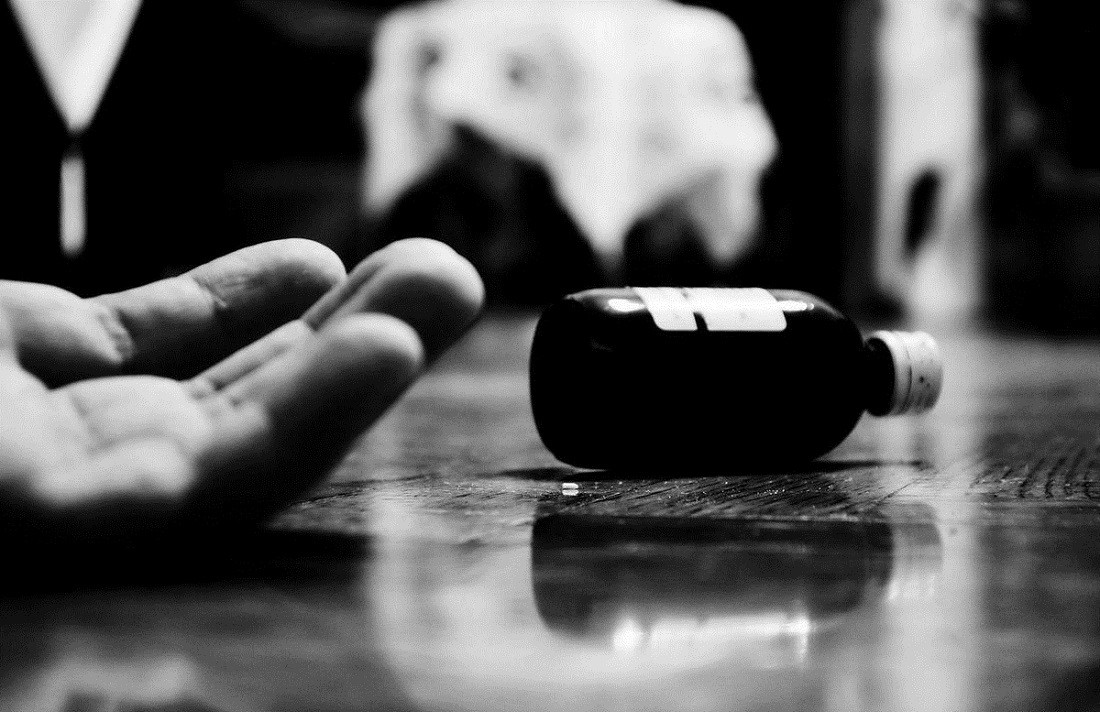 According to the World Health Organization (WHO), at least one person dies every 40 seconds from suicide. “Suicide is a serious global public health issue. All ages, sexes and regions of the world are affected (and) each loss is one too many,” the WHO’s report said. Suicide was the second leading cause of death among young people aged 15-29 years, after road injury and it is highest in high-income countries at 11.5 per 100 000 but 79% of the world’s suicides occurred in low- and middle-income countries. Nearly three times as many men as women die by suicide in high-income countries, in contrast to low- and middle-income countries, where the rate is more equal. “Every year close to 800 000 people take their own life and there are many more people who attempt suicide,” says WHO in a report in August last year.

Though the rate for suicide varied widely among countries, the global age-standardized suicide rate for 2016 was 10.5 per 100 000 in the population. The most common methods of suicide recorded are hanging, pesticide self-poisoning, and firearms. More people are taking their lives especially through poisoning with pesticide. It is estimated that around 20 percent of global suicides are due to pesticide self-poisoning, most of which occur in rural agricultural areas in low- and middle-income countries.

In the WHO report, it was noted that Nigeria is leading country in the Africa for the number of people committing suicide. This was followed by Ethiopia and South Africa with 7,323 and 6,476 cases respectively. However it should be said that Lesotho has the highest rate of suicide in the continent at 28.9 suicide rates per 100,000 people while Nigeria has the seventh highest with rate of 17.3 per 100,000 people. Nigeria ranked 15th in the world for suicide rate.
One unusual aspect of Nigeria’s rates, however, is the gender breakdown. Male suicide rates tend to be significantly higher than female rates around the world, but in Nigeria the figures are very similar. The age-standardised male rate is 17.5 per 100,000 people, while the female rate is 17.1. Taken separately, Nigeria has the 56th highest suicide rate among men, but the 3rd highest among women. This anomaly  could be as a result of the high illiteracy rate found among Nigerian women especially in the North and this make they dependent on their spouse financially, mentally and emotionally. In some part of the country women are still perceived as second-class citizens and are maltreated. Other factors like early marriage, poverty, illiteracy, pressure to be married and abuses in marriage may all contribute to the high rate of suicide among Nigerian women.

In the world, the top five countries were being led by India with more 2,15 000 cases, followed by China that had a total of 136,267 cases. The other three countries are America, the Russian Federation and Japan. Nigeria followed Japan being the sixth highest globally. By reason of her population Nigeria takes the lion share in the number of people that commits suicide and this cuts across all age groups.

List of Sub- Saharan countries with the highest population of suicide

More Nigerians dying from Suicide
Suicide is a global phenomenon but there seem to be an increase in suicide recorded in the country. People take their lives for a variety of reasons like depression, impecuniousness, betrayals in relationships, failures in academics and business, psychiatric problems, drug addiction, and others. Despite the growing trend of suicide, Nigeria has no clear cut programmes or law to address the scourge.

In 2017, the World Health Organisation said 7,079,815 Nigerians suffered from one of the most ignored and misunderstood forms of mental disorder in the country — depression. The figure, according to the world health body, was 3.9 per cent of the country’s population, thereby making Nigeria the most depressed country in Africa.

Depression is a forbidden topic in Nigeria and there is reluctance in the Nigerian culture to accept depression as an illness. Just like cancer of the bone is a sickness that needs to be treated, depression is an illness affecting the brain and the heart and should be treated. Major religions in the country have refused to accept that one can feel hopeless and depressed and our culture is also in denial that you can be surrounded by many people and still feel alone. It is a sin to give up and a person that gives up is seen as a weakling. There is a culture of denial surrounding depression in Nigeria and not until the victim takes his or her life before the initial symptoms of the mental illness is analysed. There are many who hide under the mask of a smile but their heart is crying out for death because of hopelessness.

Symptoms of depression include persistent deep feelings of sadness, feeling tired all the time, loss of pleasure in activities one previously enjoyed, poor sleep, concentration, appetite and sex drive. Some of these symptoms are present in mild to moderate depression. In severe depression, intense feelings of unnecessary guilt, worthlessness and hopelessness become evident as well as suicidal thoughts. Suicide in Nigeria is regarded as an abomination and something that should never be thought of.

According to the Federal Ministry of Health, 30 percent of Nigerians suffer from mental illness. The Permanent Secretary of the ministry, Abdulaziz Abdullahi, says with a population of about 200 million, Nigeria has a high rate of mental illness. This implies that Nigeria has about 60 million persons with mental illnesses, meaning that the country has more mental cases than the population of every West African country. Also, the Director of Public Health, Dr Evelyn Ngige, said mental illness could destabilise a person more than HIV, heart disease, accidents, and wars combined. Ngige also linked the recent spike in suicide to the worsening state of the economy even as the National Bureau of Statistics noted that over 20 million Nigerians were unemployed.

Nigerians need to be much more open about mental health and break the stigma, silence and shame surrounding it as it affects our most important organ: our brain. And without a healthy brain, there can be no question of any health.

Death by “Sniper”
Until now there have been several reports of adults jumping into the Lagos Lagoon and others hanging themselves. But the trend has dramatically changed in the last few years. Suicide by ‘Sniper’ , an agrochemical is soaring as it has increasingly becoming a choice killer for persons contemplating suicide. Although a powerful insecticide and pesticide, Sniper is readily accessible in corner shops and supermarkets across Nigeria and is available in many households. With N500 (less than $2.00), a person contemplating suicide can easily end it.

A study by the Suicide Research and Prevention Initiative (SURPIN), conducted at the Lagos University Teaching Hospital (LUTH), revealed that “out of every 66 suicide victims cumulatively recorded in 2018, only about 37.9 per cent committed or attempted it through conventional means, while nearly 62.1 per cent bade life farewell through the consumption of poison, especially the deadly chemical- Sniper.”

This year alone, 42 reported cases of suicide has occurred in different parts of the country between January and June. 16 of the victims died after consuming sniper, 15 others committed suicide by hanging. Four other victims died by setting themselves ablaze either with petrol or inside their vehicles. Two victims died by drinking acid, one by jumping atop a telecom mast while another victim jumped inside a river.

Notable among the reported incidents that drank sniper is that of a 400-level student of the Department of English and Literary Studies, University of Nigeria, Nsukka, Chukwuemeka Akachi. There was another case of a university admission-seeker recently called Loveth who took her life in Ekiugbo, Ughelli North Local Government Area of Delta State, she consumed three bottles of Sniper. Another 32-year-old banker and mother of two, identified as Peace, of Ughelli, Delta State, committed suicide over her husband’s alleged infidelity. She also took Sniper and the list goes on.

Due to the alarming rise in suicide across the country with the use of sniper, the National Agency for Food, Drug Administration and Control (NAFDAC) placed a ban on the sale of ‘sniper’. The ban which was supposed to take effect from September 1, yet the pesticide is still accessible in the open markets and suicide is still gaining more ground, spreading like a bushfire and threatening to ‘embrace’ more people.

Though banning sniper and other dangerous chemicals is not the solution to suicide, reducing access to them will go a long way in curbing the scourge.