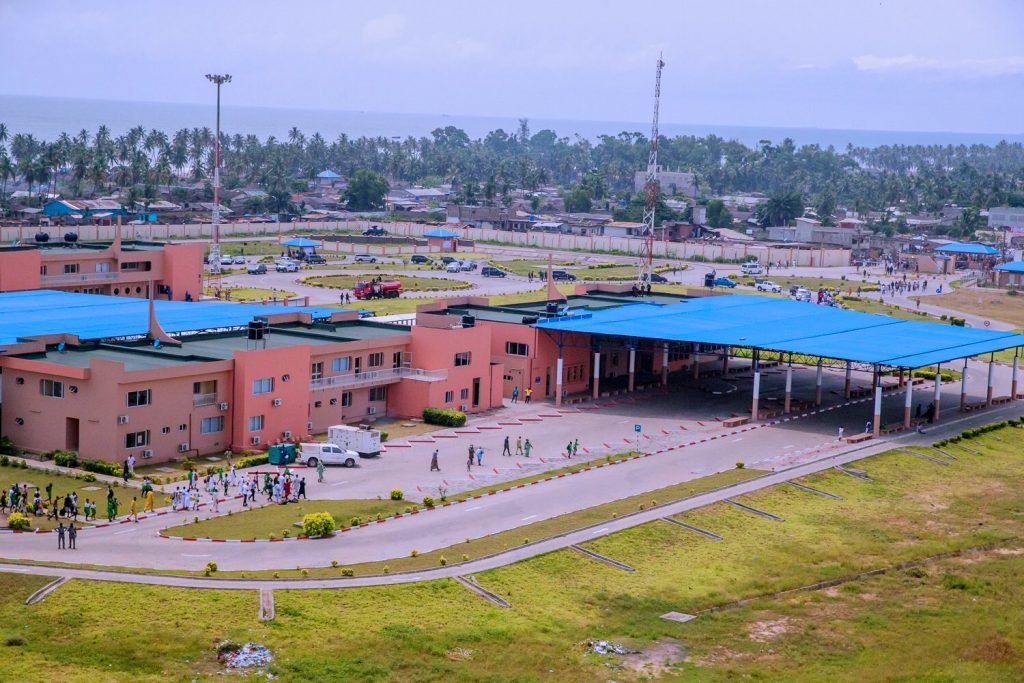 Economic policies are actions of government that are intended to influence the economy of a city, state, or nation. Such policies should be carefully thought through and measured with variables to ensure that they do not pose negative effect on the society. Since President Muhammadu Buhari was sworn into office in 2015, he had introduced some policies aimed at diversifying the economy and curbing imports to boost local production and foreign exchange reserves. Many critics will label his policies to be a big miss because the economy does not benefit from it instead it’s nosedives with each policy made.

Last month without any prior notice, the federal government in a bid to curb smuggling, especially that of rice and to make Nigeria self-sufficient in rice production closed the Nigeria – Benin border, the busiest land crossing from Nigeria to the rest of West Africa, including Benin Republic. Buhari was quoted as saying in a statement issued by his spokesman. “We cannot allow smuggling of the product at such alarming proportions to continue.” He said rice smuggling across the western border threatened his policy of self-sufficiency. The border was shut on Wednesday, August 21, without consideration for other losses. From between N13, 000 and N14, 000 (about twice its price during the Goodluck Jonathan administration) a bag of 50kg rice jacked up as a result and now it goes for N20,000. While the price of the imported brand of rice has risen the so-called local rice is nowhere available instead imported rice brands are re-bagged and sold as local rice.

In line with the closure of the border, the federal government announced the commencement of the joint exercise by the security agencies to further secure the land borders across the country. The operation, which is being coordinated by the Office of the National Security Adviser (ONSA), would take place in the four geopolitical zones of the country, including Southsouth, Southwest, Northcentral and Northwest. This will lead to further distortions of the economy as well as the polity as soldiers abandon their traditional duties to participate in typically para-military operations. This order would also encourage corruption of the custom officers and make Nigeria border become a “smuggler paradise.”

It was revealed that the Idiroko Border Command of NCS, which generates N21.6 million daily has lost over N410 million since the beginning of the exercise. Not only has this cost the federal government but it has also cost traders of both countries.

Earlier last August, president Buhari issued a directive to the central bank of Nigeria (CBN) to fully stop the allocation of foreign exchange for the importation of food import because Nigeria is attaining food security and their was no wisdom in using scarce foreign exchange for the importation of food.This line of thought is questionable and it seems proper channels were not involved before this decision was made.

Critics have labelled this acts by the government “reckless” and that it would only backfire on the citizens and truth be told, some direct effects of these directives is already been felt by the government and its citizens. Only time will tell if it would have a positive impact on the economy but I doubt that.

Close of Border and Government CBN directives, Hit or Miss
Many have questioned the claim of the federal government that Nigeria has already reached food self-sufficiency even without them addressing the current challenges facing the agricultural sector including poor infrastructures, dormant research facilities, limited food processing and inconsistent government policies among others. Presently the annual food importation in Nigeria stood at $22 billion annually and the country is one of the largest food importers in the world despite the huge agriculture potential the country possess.

There is no doubt that Nigeria needs to be self-sufficient in food production but that will not happen overnight. Though Nigeria is the largest producer of rice in the continent, production is far below demand and there is still need for supply to meet Nigeria growing demand. This has encouraged the importation of rice. To achieve rice sufficiency the federal government should have instead increased tariffs on rice coming into the country thereby making it expensive compared to the local rice produced in the country. When profits are made by local producers and people are encouraged to buy from them, there would be an automatic need to increase production given the rise in profit.

Feeble attempt to diversification of the economy
Oil dependence remains one of Nigeria’s biggest risks and this will continue weighing heavily on the economy until there is a shift. Though the country is largely an agrarian country with more than ⅔ of the country engaged in agriculture, Nigeria has been dependent on revenue from crude oil exports since the early 80’s. As one of the top 10 oil producers in the world, previous administrations focused only on the oil sector as they believed that global economic growth would fuel the incessant demand for crude oil which would in turn guarantee sustained high prices. This is no different from what president Buhari is doing.

Economy can only thrive on stability and clarity and foreign investors detest market uncertainty. Investors also need people who are willing to respect the sanctity of contracts. Before foreign investors can bring in its money to invest in the country, the federal government would need to create an enabling environment for investors and make sure that their would be no policy shift that can affect the investment. Sudden closure of border is not a good signal to a potential investor. Investors need to have a level of confidence in the market they plan to invest in and also stability in policies. Nigeria also needs to address the infrastructural deficit in the country, power the backbone of any industry still remain a challenge in Nigeria and this has hindered the growth of industries in the country.

As today the $9.6 Billion judgment debt given against Nigeria still hung like a dark cloud over Nigeria and is threatening the country foreign reserve. Recently a US court saved Nigeria from another $1.8 arbitration award. The federal government has also garner notoriety in flouting the rule of law. Foreign investors are watching all these and they will not want to invest in an unreliable environment. A report in the Forbes news once called Nigeria, Africa’s money losing machine and if you want to lose money in Africa biggest market, put it to work in Nigeria. This is because of the experiences of foreign investors over the years.

According to a sub-Saharan business intelligence analyst at London-based political risk firm AKE Group, “Nigeria has never been a particularly business-friendly place.” “Outright hostile action against major foreign investors is rare, but bureaucracy, pervasive corruption, an unfavorable tax system and disputes with investors hurt investment.” These are notions the federal government have to change for foreign investors to troop into the country.

The recent release of data for the second quarter of 2019, April to June, saw the growth in the economy slowed further to 1.94% from 2.10%. This implies that Nigeria’s economy is not growing fast enough to cater to its population or can the growth address the teeming underemployed and unemployed youths. This will therefore put a strain on the nation’s social facilities such as healthcare and welfare resources, among others, and in turn increase poverty among Nigerians. The goal of every government is for the economy to grow higher than that of the population and employment.

The reality is, Nigeria is at a crossroad and the government in a bid to diversify the economy and make the country attractive for foreign direct investors need to set an enabling environment for both local and foreign actors. After many decades of neglecting local food production, we must begin to look inwards and implement policies that are deliberately meant to stimulate growth in the local economy. The move should not be expected to deliver overnight, it has to be preceded and characterised by careful planning and even more careful and gradual execution.

The federal government also needs to eliminate corruption to attract any genuine foreign investor. It is estimated that corruption in Nigeria could cost up to 37% of GDP by 2030 if left unchecked. Also over burden of FDI with taxes should be checked, investors are not charity organizations and they are also after profits. There is a need for government to incentive’s taxes for them to make them invest in the country. More importantly, there is a need for clarity and certainty in policies, There is need for inclusion in decision making before government makes any policy that would affect their investment because no investor likes instability.