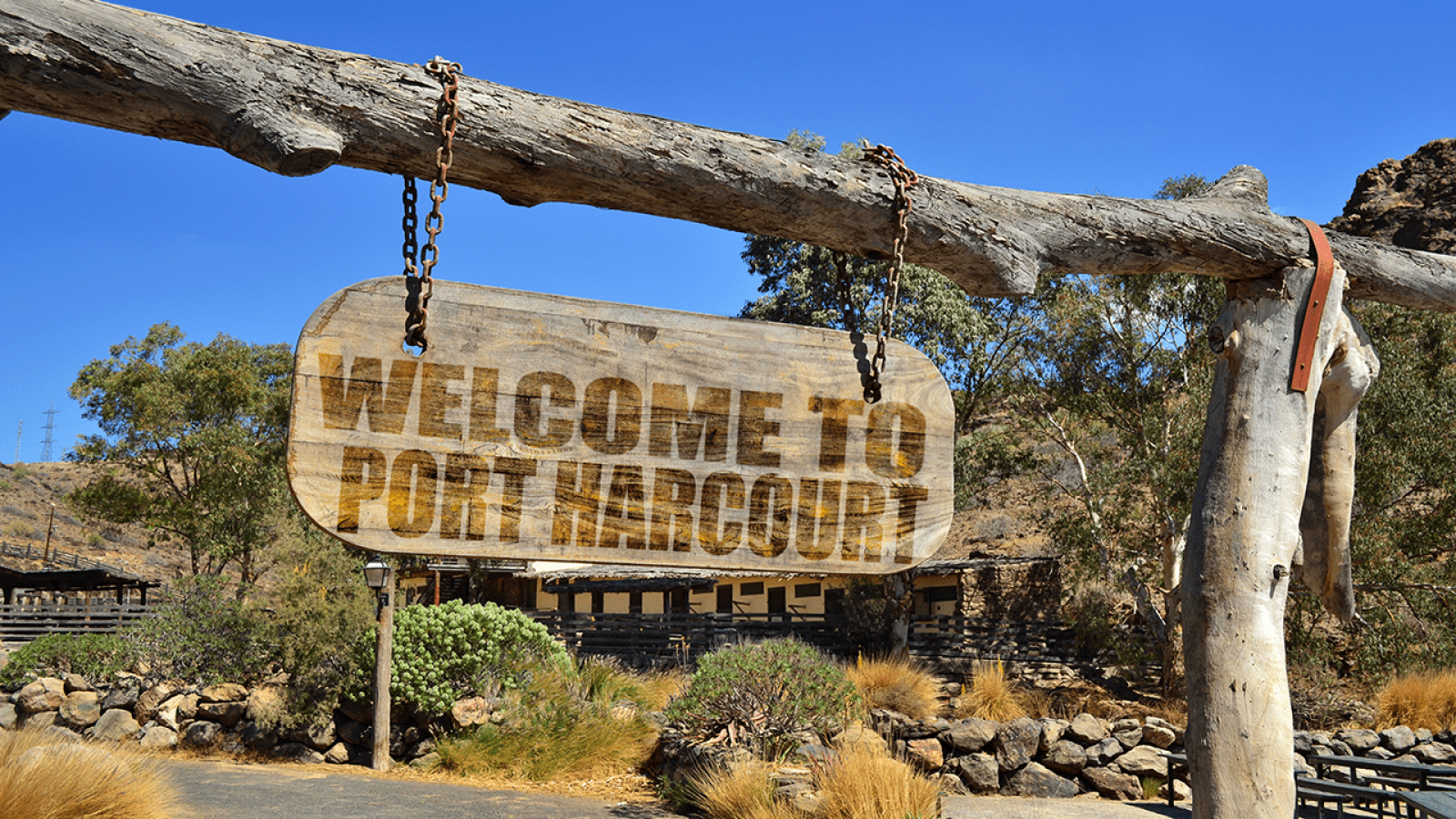 Port Harcourt, which was once referred to as “The Garden City” sadly over the years due to political intolerance, gradually earned the appellation “Rivers of Blood”. And now, it seems due to the inaction of all agencies who are meant be responsible for addressing this crisis, this city may well soon be christened “The Soot-Case of Nigeria”

While the rest of the world is left reeling from the impact of the global Wuhan coronavirus pandemic, the citizens of Port Harcourt would have to be forgiven if they chose not to share in the global concerns over it; but instead, decided to rejoice in the air pollution respite the decline in the insatiable global demand for crude oil and the associated greed has brought to their beautiful city.

What was meant to be just another beautiful November morning in 2016, the residents of Port Harcourt, the capital city of the oil rich Rivers State of Nigeria, woke up to find their beautiful city blanketed by black particles, it was inescapable. Cars, clothes left out to dry, inside homes, everywhere, there were these black particles.

At the time nobody really appreciated the enormity of what it was these people had just got unwittingly entangled in.

So almost nonchalantly and with exuberant gusto, the people of Port Harcourt dutifully went about their day. Then, in phases, realisation started to dawn on them; this is ‘black soot’, as it was then locally referred to. As the soot spread, so did the word with equitable ferocity. Then the collective veil of the initial ignorance started lifting, as realisaton of the enormity of what was unraveling right before their eyes became increasingly apparent.

Almost four years on, there still is no  coordinated efforts between the government, oil companies and environmental agencies to bring this not so “invisible” enemy of the people under control and save lives.

By all accounts, it seems there is no political capital to be gained here. There are no global cameras, no opportunity for politicians to scramble before herds of journalists for that optic moment of feigned benevolence &  the obligatory photo ops, no mainstream media telethon daily death toll counts either. People are simply left to die a protracted, preventable and excruciating  death, which is exacerbated by every breath they take. 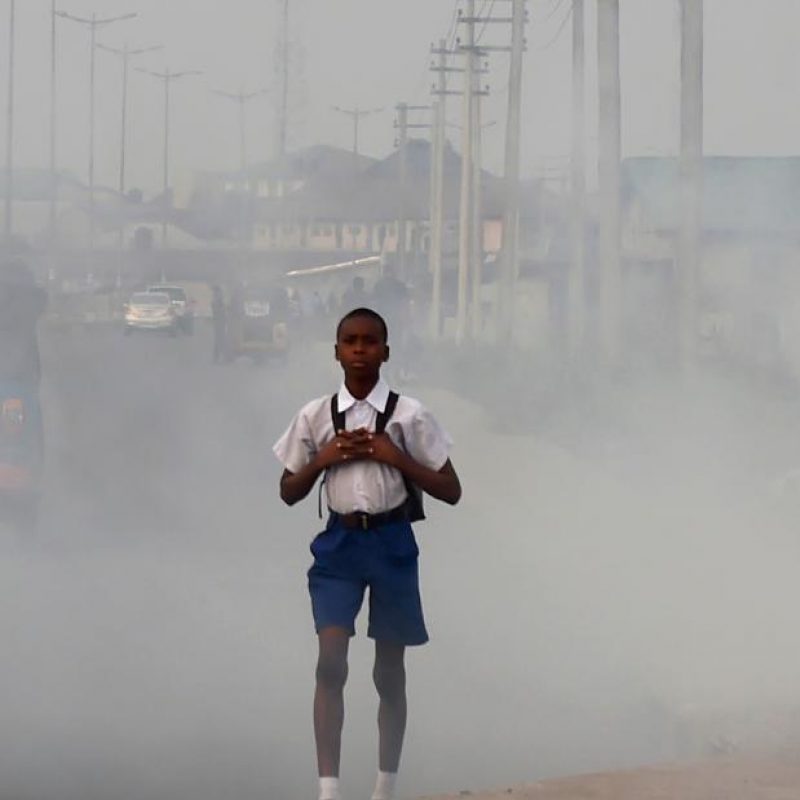 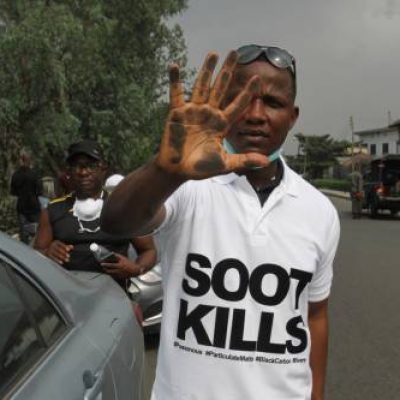 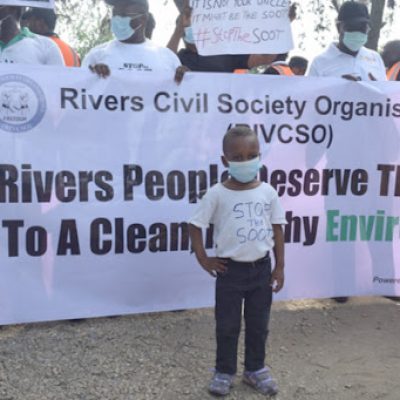 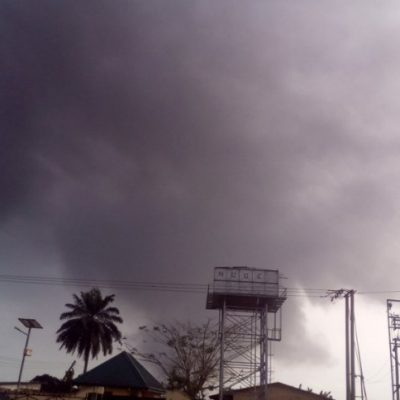 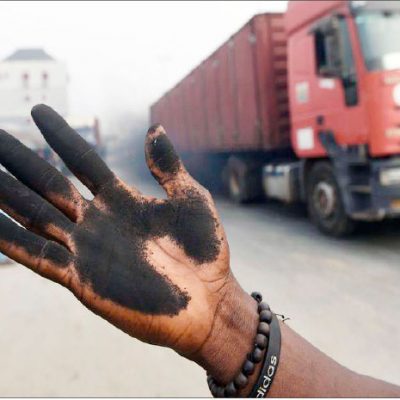 Soot consists of different deadly chemicals, metals and dust, these particles are invisible to the naked eye, they are extremely tiny, measuring 2.5 picometers according to the United States Environmental Protection Agency, which put into context, is about one-thirtieth the diameter of a single strand of human hair.

What the visibility of the deadly soot shows is that it has gathered so much momentum in the Port Harcourt atmospheric space, that we can now not only feel its presence but see it blanket the once clear blue skies of the garden city.

Soot causes a lot of health issues, some of which are: respiratory, bronchitis, asthma, stroke, heart attack, cancer, and eventually death.

Sulphur Dioxide and Nitrogen Dioxide these lethal compounds are part of the chemical compositions which are found in soot in large quantities. When these air pollutants react with water, oxygen and other atmospheric chemicals it forms what is known as acid rain.

Acid rain describes any form of precipitation that contains high levels of nitric and sulfuric acids. It can also occur in the form of fog, and tiny bits of dry material that settle to Earth. Acid rain adulterates water quality, damages soils and crops, and changes the balance in the ecosystem.

Acid rain is now prevalent across the city of Port Harcourt, which was once referred to as “The Garden City” sadly over the years due to political intolerance, gradually earned the appellation “Rivers of Blood”. And now, it seems due to the inaction of all agencies who are meant be responsible for addressing this crisis, this city may well soon be christened “The Soot-Case of Nigeria”

Initially, hasty reactions greeted the first advent of the soot saga. Government agencies were drawn in, both the mainstream and social media picked it up, and it seemed we had plans that were going to be put into action.

But just as hastily as the government activity roused, so swiftly was it dampened. With a fleeting attention span readily distracted by the dominant urges of ostentatious living, the various agencies took their hands off and the citizens were now left to the mercy of their own initiative, intelligence and collective discretion: locking up their homes, cleaning up often and wearing, yep you guessed it, face masks!

A serious government ought to have the ministries of environment, science and the emergency departments —State and Federal— consciously assessing the extent of the damage to human lives and the larger society environmental impact and earnestly put in place measures to mitigate against these findings.

We should have had oil companies and manufacturing plants which emit thick fogs into the skies facing panels. There should had been a crackdown on those involved in illegal bunkering.

There should have been relentless efforts by the State and Federal ministries to create awareness on how best the citizens can protect themselves. Much more, we should now be at the redemption stage following a road map to finding a lasting solution to this menace.

But, NO! One has to first remember, that this is Nigeria; we must first of all, look at the master plan of election logistics and see only what will hoist a winning flag for us.

This may be a hard bone for the State government to chew, as these companies had their operating licenses issued by the Federal government. Under the circumstances, the two bodies should be collaborating to bring to bear the full weight of the law on these multinational companies responsible for this menace, but first, we must play politics while the welfare of the citizens and the larger environment is held hostage to self-serving ambitions.

The mutual enmity that runs through our state ruling party and federal power will not allow us to reasonably sit at a round-table and discuss precious human lives. No, we will rather discuss how to go about arranging the downfall of a party and the eventual political takeover of that state. It boggles the mind, why the ministries were set up in the first place: to please the Governor/President or to solve issues like these?

On 21 February 2017, Davies Iheamnachor of Vanguard reported that as many as 6 million Rivers State residents are exposed to the risk of lung cancer as a result of every cancerous ‘sooted’ breathe they take. But the governments are not bothered! Why should they be? In that report, Davies listed three companies that have been shut down by the Task Force set up concerning the soot—Chinese Government Company, HSH Engineering Company, and AUC Asphalt Company. Such instant damage-control is like trying to cover a smoke while the fire is still burning. These companies are obviously not the only, nor the greatest contributor to the menace.

Preview of a bigger impending problem

Across the Niger Delta, gas is being flared e.v.e.r.y.d.a.y, fossil fuels burnt into the atmosphere freely, industrial pollution is unabated, and oil bunkering is the order of the day. The foreign companies that operate here are given carte blanche to destroy the Ecological balance, the livelihoods, health and wellbeing of the local citizens.

This is the region that has contributed immensely to the Nigerian nations assumed wealth. But rather than live up to the responsibility of their respective offices, politicians of all colours irrespective of their ethnicity or gender, have conspired with marauding foreign companies to deplete the resources of this section of Nigeria and the revenues generated therefrom.

The waves that will roll on the health and economic seas are not friendly ones. Already, some persons are boycotting consuming sea life from the waters of Rivers. And we already have a projection of health challenges in the next few years, cancer standing tall. This should be a clarion call galvanising the entire Niger Delta to rise up to this catastrophe. The Niger Delta is looking, on a large scale, at a threat to her revenues from its many bodies of waters while at the same time, faced with a full blown epidemic. We only hope this will not be the genesis of a Nigerian Black Death.

In April 2018, media personalities in Rivers State, came together with various concerned groups and citizens to organise a state-wide march on Thursday, April 19 2018 a march AGAINST the soot-case. It was aptly dubbed ‘March For People’s Lives’. A thousand-man march to draw the attention of all concerned.

The need for more awareness

The place is slowly dying and those living there seem to be forgotten. It is painful to see the betrayal of these communities supplying the lifeblood of the worlds industralisation, environment & communities, with nothing to show for it. No modern facilities in ways of schools, hospitals, or even roads.

A cluster of marauding international conglomerates, an apathetic government and a hypocritical consumer base, both home and abroad, have made this a perfect combination of favourable conditions for this preventable but even more disconcerting, reversible catastrophe to flourish.

This is not just a Port Harcourt problem: the entire Nigerian population, the entire world even, should join this movement for ‘consciousness raising’ – we need to rise above the politicisation of Ecological catastrophes and instead start showing genuine concerns for our Country, our World.

With bated breath one hopes the other silver lining the citizens of Port Harcourt will get out of this Wuhan Coronavirus pandemic, is that a more sincere and revived global consciousness is now awakened.

As an optimist, one hopes that the rest of the world have realised just how interconnected we all are; and are asking themselves, how is it, that from one single individual, from one single obscure wet market in China that sells cats, dogs and bats as a delicacy – this one single individual has been able to trigger a catastrophic world wide pandemic, which has infected seven million people and caused the death of four Hundred and Seven Thousand of those infected (407,000) and still counting.

Well if the loss of life to the corrupt and powerful is inconsequential- then, maybe the triggering of a world wide Economic depression, many business closing and billions of Dollars lost in Economic activity, would be a good enough reason to reconsider.

For me, I hope this anticipated new consciousness will start with a renewed honest and determined effort to cleanup and fix both the Ecological and local Economical disaster, Shell and the other marauding foreign conglomerates have visited upon the citizens of our Niger Delta.

I hope they will resist their natural inclination to engage the services of damage control experts, lobbyists and then follow up with the bribing of corruptible federal and local politicians, just to renege on their moral, social, environmental and economic obligations to the citizens of the Niger Delta!

Okay, in my defence, I did say I was an optimist! 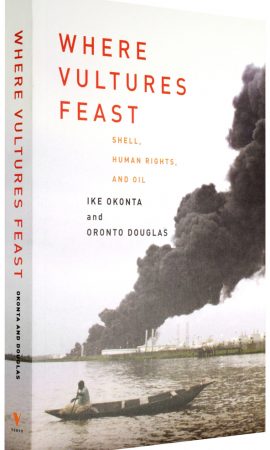