Seun Onigbinde: Should Critics not Walk Their Talk? 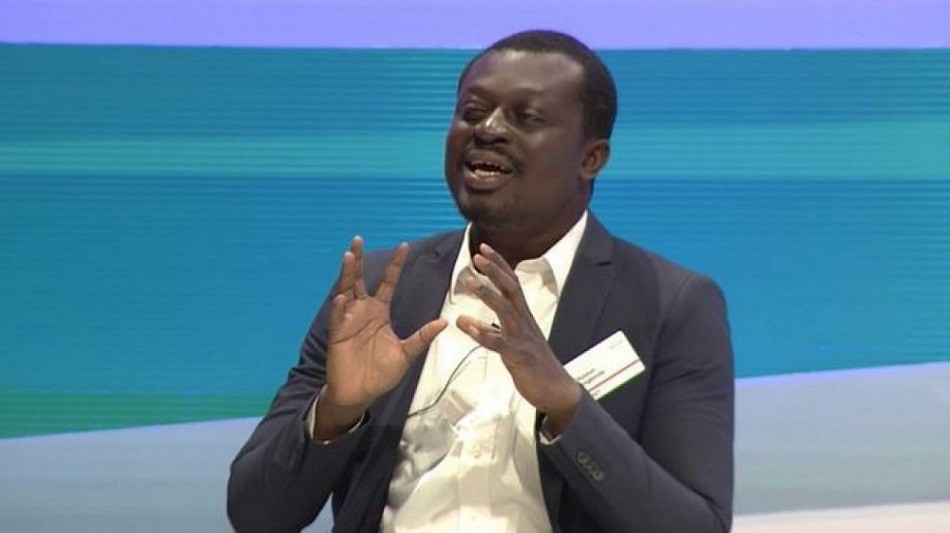 A somewhat needless furore erupted last week on the Nigerian digital space as it emerged that Seun Onigbinde, one of the staunchest critics of the present government had accepted appointment into the same government he had rebuked severely several times almost through its continuing course of stay in power. Seun Onigbinde, co-founder of BudgIT, was that man whom apparently had gone back at night to receive favour from those he denounced during day over their incompetence.

It is undoubtedly an interesting time we now live in Nigeria that perceived or real critics of the government should be assumed incapable of accepting to work for the government; moreover it is also inexplicably baffling that the increasingly unstrained media hirelings of the present government, so-called Buhari Media Organisation continue to expose their crass parochialism, which accommodates no one that does not play their lackey games.

Obviously, Onigbinde appeared to have shot himself in the foot with the re-emergence of a previous remark which had suggested he might not be able to work for Buhari’s government, or any government for that matter so far as things ran according to the Nigerian dubious rules. He had responded to the late Professor Pius Adesanmi’s retrospectively prophetic warning that it would have amounted to disappointment if he accepted a post from any government in Nigeria since such appointment only manages to smear “our best brains.”

Yet, it does not seem right for an individual to be so extreme to the point of shutting out doors to helping one’s country primarily because of their conception of those running the affairs of that country. In other words, it is wrong that one’s view about those in governance should make it impossible to work for one’s country. It does not still seem right that people call for the participation of the “best Nigerians” in the governance of the country and still shame those who try to respond to that call.

Onigbinde’s role, which is the “supporting the Minister of State for Budget and National Planning, Prince Clem Agba, along issues of budget reform, development planning, and revenue growth,” would have been better seen in the light of what his criticism of the government had been through BudgIT, his social enterprise known for its dedication to calling for fiscal transparency in government. In fact, it should give Nigerians an avenue to test Onigbinde’s fidelity to his perceived principles, which BudgIT had conferred on him.

Moreover, something is fundamentally wrong in the views of those critics who find it an irredeemable sin when their so-called comrades decide to work for the government. Criticism, constructive criticism, basically is spurred by one’s love for one’s country. In other words, patriotism is the underlying thrust that shapes critics’ denunciation of those in government who are perceived to be betraying the citizens’ trust.

A critic normally should not hesitate to offer to guide those in power when the needs and opportunities spring up, for the love of one’s country! Nigeria desperately needs the famed expertise lacking in those in power but in overabundance possession of the critics, mostly of whom are magisterially referred to as technocrats. Do Nigerian critic-technocrats not think they are contributing to the exponentially increasing rot bedevilling the country if they continue to run from helping to solve the problems they have identified? Why do Nigerian critics see themselves primarily as a special class of outsiders whose sole duty is to prescribe solution, but not work in the actualization of those prescriptions? It is easy to pontificate than administrate obviously!

It is up to Onigbinde to put his many sound words on budget into action in his new role. It is up to him to prove he had not been a critic whose interventions had hinged on the hope that he would be noticed and be absorbed into government. It is also up to him that to show his reasons for deciding to take up the appointment, and so serve the country, will not only be ably justified, but also seen in consonance with his avowed values as he had promised. His words:
“I wish to state that I remain loyal to my values — of appreciating the right of every citizen to ask the hard questions; that public resources must be accounted for; and that civic spaces and individual rights must be keenly protected.”

Some words need to be said on the most unconscionable sycophants of Nigeria’s fourth republic: the Buhari Media Organization. Their rejection of Onigbinde’s appointment does not surprise and should not surprise anyone. It would have be so surprising had the organisation veered of its predictable lane.

For the BMO’s lackeys, they would have betrayed their guiding script had they not shouted themselves hoarse once Onigbinde’s appointment became public knowledge. While it is understandable that the purpose of being of the BMO is to defend, right or wrong, sensibly or otherwise, any moves or policies of the Buhari’s government, It is also increasingly becoming clear that they have a barefaced sense of entitlement to any appointments to be made: more like stating they have a right of first refusal to any “spoil of war” in the government.

While, their nomenclature denotes they were set up to toady to the president, they clearly believe they are set to serve everyone in power as far as that person bears an All Progressives Congress, APC’s badge! That was definitely their guiding motive as they harangued the Senate President for daring to appoint an outsider, Festus Adedayo, who was not only unknown in their sycophant enclave, but also had been a blacklisted spoilsport whom they had had running battle of words with in the past as he threatened to expose the Buhari’s government to public embarrassment through his criticism. Unfortunately, the senate president, Ahmed Lawan, betrayed his own failings and weakness, as he would bow to their unreasonable pressure, and so gave impetus to their wanton sense of entitlement.

But it should gnaw the hearts of the BMO’s sycophants that there seems to be a unanimous acceptance that they are not fit for any ‘serious’ duty but irreverent sycophancy by those in Buhari’s government and other arms of government.