State Police – To Be Or Not To Be 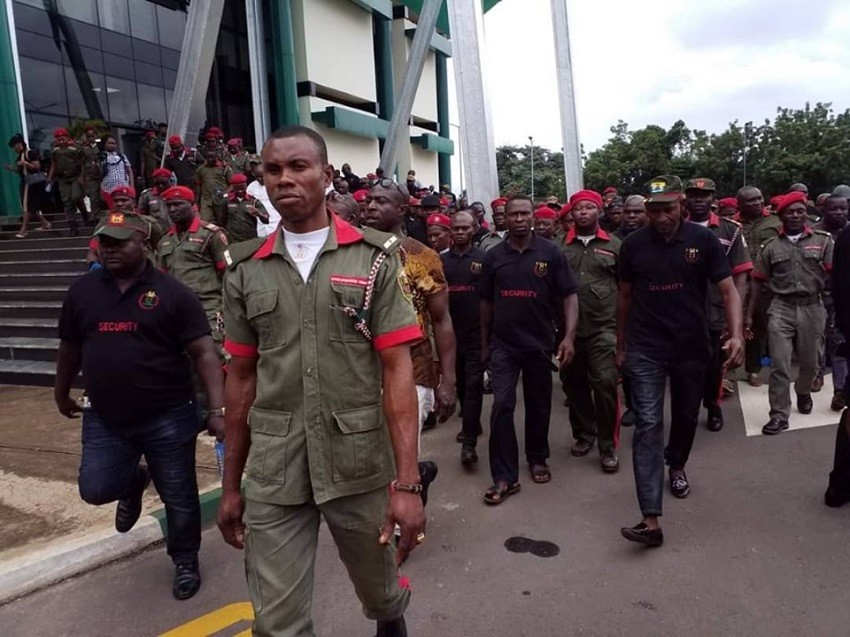 In July 2019, no fewer than 282 persons were killed in violent attacks across Nigeria and another 92 people were kidnapped for ransom across the nation. While the killings recorded in July were not up to 353 recorded in June, kidnapped victims rose from 60 reported in June to 92 in July. Many more unreported deaths happened during the course of the month. This only highlights the security challenge the country is facing.
By virtue of Section 4 of the Police Act, the Nigeria Police Force (NPF), is responsible for the prevention and detection of crime, apprehension of criminals, preservation of law and order, protection of life and property, and law enforcement in Nigeria. This means that the Nigerian police represent the civil power of the government as opposed to the military. It is not the duty of the military to secure lives in communities but they are to defend the country in warfront

Nigeria is a diverse society and each state in the federation has its own peculiar problem. Before the onslaught of the kidnappers and killer herdsmen, each region had its own security challenges. In the northern region, the trend of violence and crimes bother essentially on religion fundamentalism, the South-East and South-South regions have always grappled with kidnapping, armed robbery, youth militancy and vandalism, while area boys syndrome and hooliganism ravaged the South West.

The 1979 and 1999 Constitutions provided that there shall be no other police force in the nation except the Nigeria Police Force and the Nigerian Police force do not report to the Governor of the state they are situated in but to the Inspector General of Police, appointed by the federal government of the federation. The people of a State voted the governor into office to be the Chief Security Officer (CSO) of the state. This means the governor has to be loyal to the people of the state and not to the federal government or to the political party, he or she is representing because the position is not by appointment. In a case where the governor is incapable of controlling the security issues in the state, then it becomes hard for the governor to function in the capacity of the CSO of the state.

States throughout Nigeria have been experiencing blood letting on its streets due to violence, this has initially gripped the Northeastern and Northwest states and quickly the violence has meandered into other states in the federation, a day does not go by that news of violence and insurgency is not heard. Kidnapping for huge ransom has become a norm and no one is insulated from these attacks. The security challenge communities in the country are facing seem to be escalating and has gone beyond the power of the police, as a result, the Nigerian army has become involved in the fight against insurgency and terrorist attack in the country. Yet the military involvement has yielded little. It would even seem the security agencies have been compromised because since the attack of killer herdsmen began, no one has been convicted and those who were arrested were later released. Yet these attackers live in the same community as the people or are found in forest areas where people go to for bush meat and crop vegetation. Why is it difficult for the security agencies to move in on them and arrest them.

Why this insecurity may persist in Nigeria
Since this present administration assumed the office, there has been an upsurged in the crime committed by a particular group and their criminality have grown throughout the federation yet they have remained elusive to security personnel in the country. When an attempt of an arrest is made to these people, they are quickly released.

In 2018, when Maj. Gen. Atolagbe was the Special Task Force (STF) commander in Plateau state, he arrested 11 Fulani terrorists and paraded them after they attacked and killed people in the state, this would be the first time this has happened in Nigeria. Then he was ordered from above to transfer them to Abuja. Suspecting that this was just a ploy to release the criminals, he refused saying they should be tried in the jurisdiction of the area where the crime was committed.
He went further to arrest another 14 Fulani terrorists in two arrest attempts including the financier of Fulani herdsmen terrorists in Nigeria who had bank transaction evidences linking him to a lot of patrons in the country. The general had used advanced fingerprint technology on the bullet casings used by the Fulani terrorists to apprehend them, a technology he bought with his own money after the Defense Headquarters refused to get it for him.
The chief financier during the interrogation exposed the supplier of weapons to the Fulani herdsmen. This was a breakthrough but was justice served? No, instead Gen Atolagbe was ordered from above to stop arresting Fulani terrorists and release the ones arrested to be tried in Abuja but he refused, saying justice must be served.
Then he was summoned to the National Assembly and relieved of his post.

In 2016, President Buhari in his first national budget called for the allocation of federal budget for Fulani herdsmen for the establishment of cattle colony in every state in the federation. In 2019, it was leaked that the federal government wants to create 6 Ruga settlement in each state of the federation for the herdsmen but nothing was said of the farms and communities the fulani herdsmen plundered in their murderous wake.

Is it not suspicious that, no matter how long it takes for them to pillage and destroy their target communities, the police or military do not show up until they are done. It took them hours to kill more than 800 people in southern Kaduna in 2016 and about 200 in Plateau in June 2018. In both cases, neither the police nor the military intervened.

The president is foremost a Fulani man before anything else, and he has always chosen to defend his tribe before any other thing. He did that in 1985, when he campaigned in support of the Niger government minister, Ide Oumarou – who was a Fulani man, for the position of secretary general of the OAU against his fellow Nigerian, Peter Onu, who was from Delta. He is doing that again because he always champion the Fulani course higher above other Nigerians.

The president was quick to dispel IPOB with military force in the SouthEast and tag them as terrorist even without lifting a gun to anyone, he was quick to dispel the Islamic Movement of Nigeria and arrest the leader even against the court proceedings but when it comes to the killer herdsmen, he treats them with kid gloves. The ones that were managed to be apprehended were soon released with loads of money and are treated like demigod. Miyetti Allah, a group that has become so popular than the major tribes in the country in this present administration even came out to own up to some massacres in Benue and threatened more bloodshed in 2018, but not one of their leaders was arrested.

Do we now expect someone who has put the interest of the Fulanis above other tribes to now rise up to challenge the terrorist in his tribe who are on a quest to map out a territory for themselves? Citizens in states in the federation should know that they are hapless in the face of these insecurity perpetuated by the killer herdsmen because the state governors cannot enforce maximum security in their area. State governors are not in control of the security agencies operating in their states but depend solely on the federal government and it could be said that security agencies in Nigeria is underfunded, dysfunctional, overstretched and have been compromised. The compromise might not even come from the security personnel transferred to the state but the federal government and the executive arm of government is not without stain. The state can only endure and hope that the killers move on when they have had their fill or a miraculous intervention occurs.
In 2018, Benue State governor, Governor Samuel Ortom, told residents of Benue to take up arms to defend themselves because the security forces in the states had resorted to playing politics with the herdsmen attacks. While this might be too hardcore, it is not far from what goes on in the mind of a Nigerian worried by the insecurity facing the country. In 2019, the presidency revoke license of all gun holders in the country and criminalised the ownership of guns in the country.

State Police, the Way forward
As a result of the security challenge the country is facing, many have argued that states in the federation should establish, maintain and control their police. It would be the duty of the elected governor of the state to control the police and also to pay salary to its police force. In some states like Enugu and Lagos states, community police (Lagos State) and Vigilante group/Neighbourhood watch usually made up of locals in the community have been set up to assist the police in the state, but this is different from a state police.

In a case where the police is decentralised and the state takes charge of its police, elected governor in the state takes full charge of security of the state and defend the people and their land. So, if there is a war, the state will contribute army to the central pool.

Though some have argued against the creation of state police because state governors are notorious in the payment of salaries to workers of the states but still look up to federal government for bailout. Also policing is very expensive, even the Nigeria Police force under the federal government is underfunded and are not provided with the latest arms and ammunition to secure lives, then how will the state especially the poor states that depend on the federal government for handouts be able to fund and manage their state police effectively.
It has also been expressed in some quarters that Nigerian politicians are immature in their play of politic and may use the state police to suppress opposition most especially political opponents and intimidate non-indigenes in the state. This is not far from the truth as the Nigerian politicians have shown to be selfish, greedy and immature. They might just convert the state polices to their personal thugs.

Though true federalism can only be accomplished when state police is set up, but Nigerian politicians have not risen to that level of statesmen where they can be trusted to handle one. They are still immature and self-centred in their political ambition.