U.S. and UK “special” relationship is put to test as confidential messages leaked 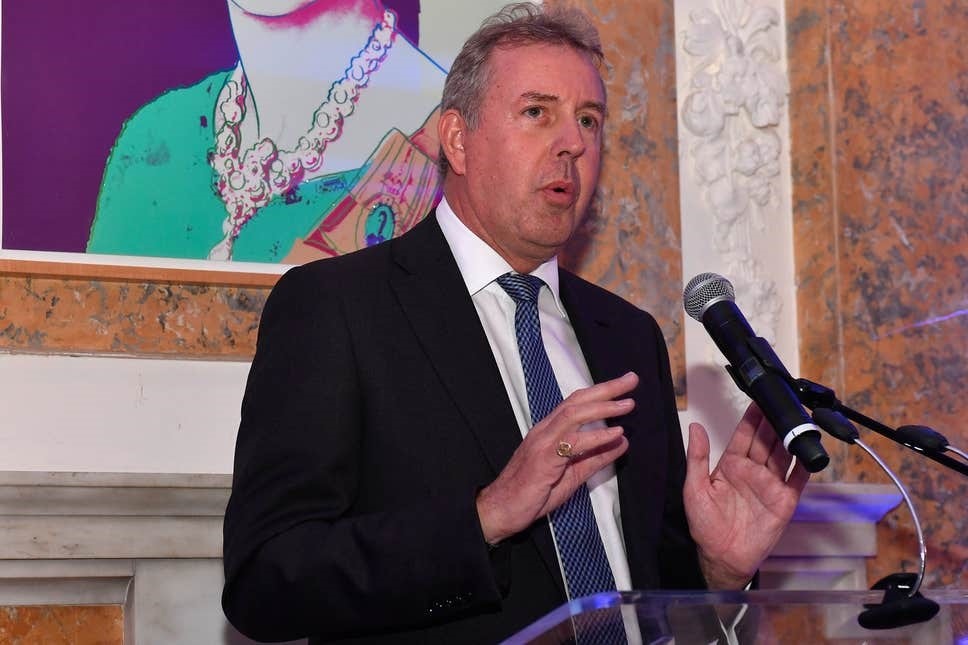 Over the weekend, a British newspaper published a leaked official cable from Sir Kim Darroch, an ambassador to the U.S. In the memo, he classified president Trump administration and everyone in it as both “dysfunctional” and “inept. Darroch is one of Britain’s most experienced diplomats whose posting in Washington began in January, 2016, before Trump won the presidency. The unprecedented leak covers a period from 2017 to the present, covering everything from Trump’s policy in the Middle East to his 2020 re-election plans. In one of the most sensitive documents, Darroch writes: ‘We don’t really believe this Administration is going to become substantially more normal; less dysfunctional; less unpredictable; less faction riven; less diplomatically clumsy and inept.’

He also says that he doesn’t think Trump’s White House will ‘ever look competent‘. Making reference to Trump’s ability to shrug off controversies despite living a scandalous life, he compared Trump to Arnold Schwarzenegger in the final scenes of “The Terminator” when he emerged from the flames, battered but intact.

In the document sent ahead of a National Security Council discussion on the UK-US relationship, Darroch paints a damning picture of the President’s personality and leadership style.
The diplomat said the Trump administration is divided and it is unlikely that US policy on Iran is going to become more coherent any time soon, he also questioned Trump’s recent claim that he aborted a missile strike on Iran because it would have caused a predicted 150 casualties, saying it ‘doesn’t stand up’.
‘It’s more likely that he was never fully on board and that he was worried about how this apparent reversal of his 2016 campaign promises would look come 2020’ – at the next Presidential election”.

Darroch also highlighted the ‘cultural and historical ties between the U.S and the UK and how America was still the UK’s No 1 security partner. He then compiled how Britain’s politicians and officials should handle Trump.  His first suggestion was to ‘flood the zone’, which meant influencing as many of the President’s key advisers as possible. Second recommendation was for Theresa May to call Trump more often, stressing ‘there is no consistently reliable substitute for the personal phone call from the Prime Minister’. The third pointer was to urge Britain’s politicians and officials to use flattery and to pander to the President’s ego when they come into contact with him.

Sir Kim also highlighted how German Chancellor Angela Merkel, and French President Emmanuel Macron, were busy distancing themselves from Trump. But Sir Kim warned London not to follow suit that it could be rocky but he suggested that sometimes it might make sense to criticise the President.

In the memos, seen by The Mail on Sunday, Sir Kim touched the following issues:

Following the leak, the US. President Donald Trump threatened on Monday (July 8) to cut off contact with Britain’s ambassador, speaking to reporters, Mr Trump said, “We are not big fans of that man and he has not served the UK well, so I can understand and I can say things about him but I won’t bother.“. It should be recalled that days after winning the Presidential election in November 2016, Trump tweeted that he’d prefer his friend Nigel Farage, the former Ukip leader, to be Britain’s Ambassador to the US, but No 10 insisted it was for Britain to decide who serves as its Ambassador.

Visibly angered by the prime minister support of the diplomat, Trump lashed out at Mrs May in a series of tweets. “I have been very critical about the way the U.K. and Prime Minister Theresa May handled Brexit,” Trump wrote. “What a mess she and her representatives have created.”
“I told her how it should be done, but she decided to go another way.” “The good news for the wonderful United Kingdom is that they will soon have a new Prime Minister,” Trump wrote.

Regarding Kim Darroch, Trump declared: “We will no longer deal with him.”
“I do not know the Ambassador, but he is not liked or well thought of within the U.S,” the president said.

Hours after the tweet, a spokesman for British Prime Minister Theresa May’s government reiterated the country’s “full support” for its ambassador to Washington.
“Sir Kim Darroch continues to have the prime minister’s full support,” a spokesman said, after the row broke out over the leak of diplomatic cables.
“We have made clear to the U.S. how unfortunate this leak is. The selective extracts leaked do not reflect the closeness of, and the esteem in which we hold, the relationship,” the spokesman said in response to the tweets. “At the same time we have also underlined the importance of ambassadors being able to provide honest, unvarnished assessments of the politics in their country.” He added: “The U.K. has a special and enduring relationship with the US based on our long history and commitment to shared values and that will continue to be the case.”

Recommended Read
Mail Online; Britain’s man in the US says Trump is ‘inept’: Leaked secret cables from ambassador say the President is ‘uniquely dysfunctional and his career could end in disgrace’