Last week, Wall Street wrapped up its worst week since October 2008, with the Dow Jones Industrial Average sliding -16.75 percent amid tough restrictions imposed by New York and California to try to limit the spread of the coronavirus intensified worries about damage to the US economy.

China stocks finish the week by a rose, following other Asian markets, amid the country’s blue-chip index still posted its steepest weekly loss in 17 months on persisting worries over the economic damage from the coronavirus outbreak.

European shares ended the week on the decline, especially the DAX30 that lost 20 percent, as fears over the economic shock from the coronavirus quashed any optimism. However, a regional stimulus measure was devoted by the Bank of England and the European Central Bank to encourage the equity market last week. The ECB will eventually have to go further by keeping sovereign bond yields low for all governments at least for the duration of the coronavirus crisis.

Oil and gas stocks finish the week on the decline by -29.6 percent touched a 24-year low earlier in the week. Crude prices were already pressured by concerns explained by the decline of the global demand and rivalry between producers especially Saudia Arabia and Russia.

Many economists suggested the global economy was already in recession due to the negative impact of coronavirus outbreak leading to increasing worries and market volatilities as occurred in the crude oil market.

The EUR/USD declined by -3.69 percent and closing last week at 1.06929, showing a stronger US dollar faces to the Euro more weakened by the coronavirus outbreak.

The selling pressure surrounding the major cryptocurrencies was limited last week leading Bitcoin (BTC/USD) to increases more than 9.28% and fluctuating around $5839.44 after a huge decline. 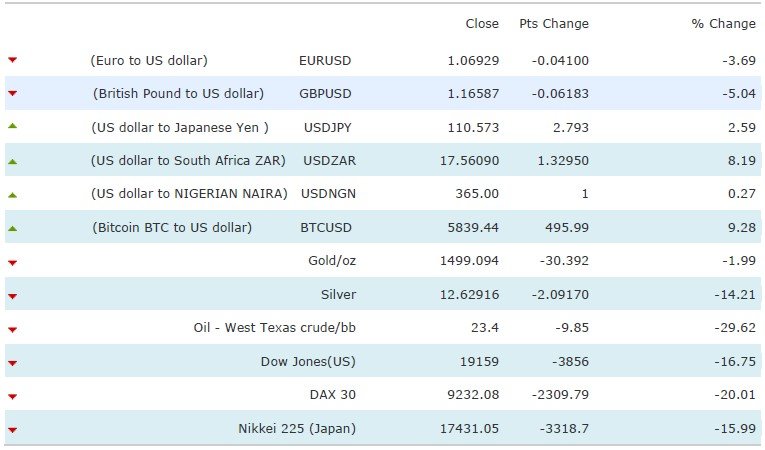 Market in Focus: 23 March – 27 March 2020
We have a list of high impact events this week. The publication of the events can leads to a strong movement or a trend for the related currencies. The discussion of the events impacts will be done within the daily FOREX report.

The publications that have a very significant theoretic impact are: 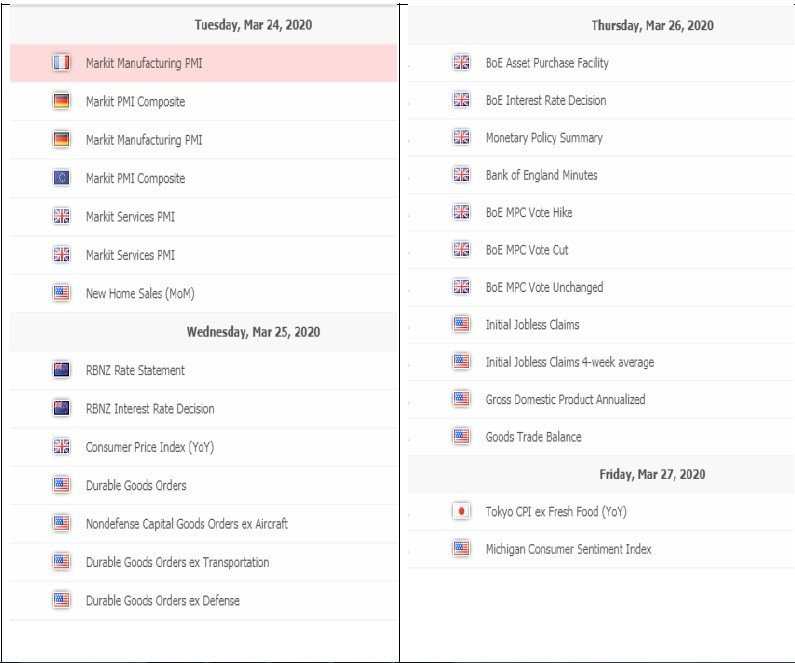