Last week, two major events dominate the international side: the US Senate goes on for Trump’s impeachment trial and the market was tackled by news coming from China about the coronavirus outbreak spreading. This leading the US dollar to stagnate faces the Euro and depreciates face to the Yen and the British pound. The stocks market was characterized by a fall in Dow Jones, DAX30 and Nikkei 225 by respectively -1.22%,-0.13% and -0. 89%. In fact, traders did not want to go long into the weekend with the risk more coronavirus cases are confirmed.

The commodities market was characterized by the Crude oil price falls by -7.66%, ending at 54.24 US dollars, after reports of a deadly new respiratory virus in the central Chinese city of Wuhan. The second U.S. case was confirmed by health officials on Friday and the disease spread into Europe and Australia for the first time. 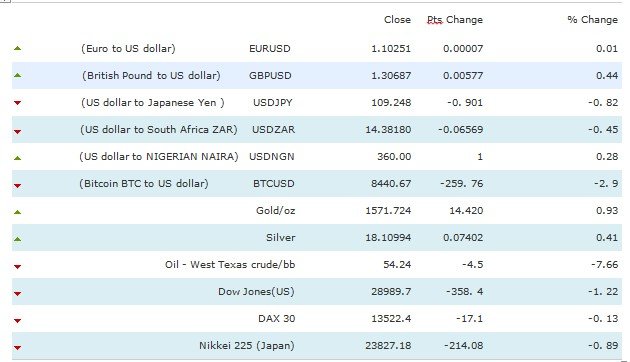 Market in Focus: 27 January – 31 January 2020
We have a list of high impact events this week. The publication of the events can leads to a strong movement or a trend for the related currencies. The discussion of the events impacts will be done within the daily FOREX report.

The publications that have a very significant theoretic impact are: 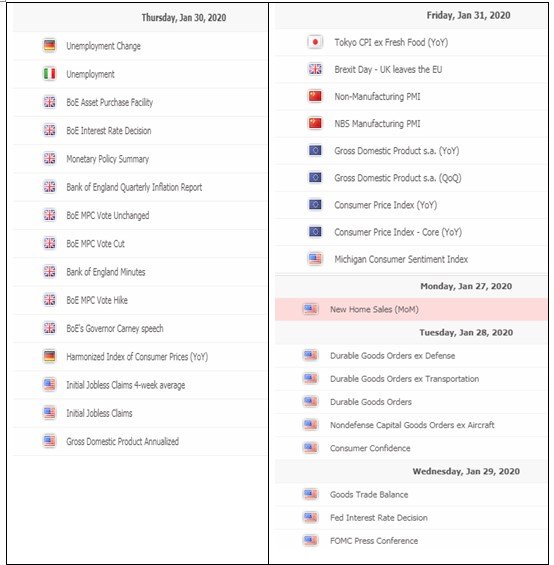